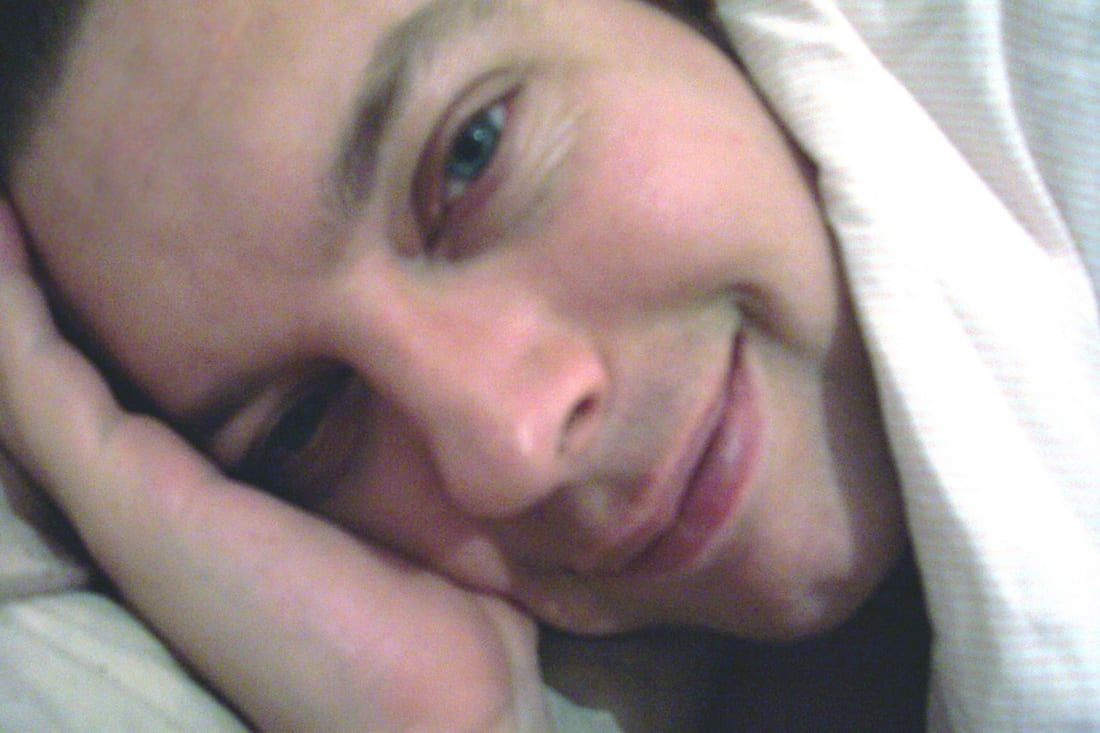 This is my confession.

It was the year of Tiananmen, the Hillsborough Football Tragedy, and the Fall of the Berlin Wall. Before the rise of the Internet, before Cellphones. And I was in love.

Techically, I was in straight, heterosexual love with my first love, the girl at the time I was pretty sure I would marry and spend the rest of my life with.

However, on a developing subplot, there was Ag.

Yes, that was his name. Ag. Everyone called him Ag. Even his parents called him Ag. The story goes that it was the first sound he uttered when he was a baby, and it stuck as a name. SO, thats what he was. Ag.

He was a friend and fellow art student at our College. I cant remember if he was born here, or if his parents had some kind of ethic diversity in their background, but there was something south american about him, some distant blend that gave him a look that stood apart from others. He had thick, black, shiny shoulder length hair, which was in endless motion due to his frenetic energy and movement.

He was, for lack of a better word, completely random. He would come out with these bizarre catchphrases, movements, like some tourettes dynamo. It was like alternative comedy before there was really alternative comedy, at least for me anyway. In my memory he is always in motion, this blur of sound and vision across my line of sight.

A bunch of us used to go to his house from time to time. His parents were real alternative lifestyle hippy throwbacks. The house was a very open, loose, environment, rules werent enforced. They were like the cool parents you wish you had when you were a kid.

He used to prepare these epic meals, there was always plenty of food and drink for everyone when we were at his house. Lots of laughter and warmth.

And. I loved him. I wanted to be around him, be with him, be like him. I wanted to be the magnet, the center of attention like he was, I wanted to make people laugh like he did. One summer break from College, when I was in London and he was still in Portsmouth, we used to write each other letters (yes, people wrote letters once). He used to write these detailed and funny letters, different color pens, little funny sketches on the side of the writing, these silly tales. Put my letters to shame.

Dont get me wrong, it wasnt a sexual kind of love, and Im pretty sure the feeling wasnt mutual anyway. I didnt want to be intimate with him. I had a girlfriend, I was in ’straight’ love with her, and that relationship fulfilled all my heterosexual needs and wants at the time. I just know that I loved Ag. The closest anything physical got was one afternoon, in his bedroom, we were listening to a tape of really cool music I had never heard (If all his cool stuff wasnt enough, he was also the lead singer in a rock band. Bastard) He was sitting in the corner of the room, leaning against the wall, his eyes closed, head gently tilting back and forward to the music. I wanted to lean over and take his face in my hands and kiss him. I wanted to ask him to kiss me. My heart was hammering in my chest, and the words caught in my throat. The moment passed, and the feeling shifted. I never asked him, never mentioned it, never really even wanted to after that.

At university we were like a demented comedy double act. We would sit in the canteen and take half-smoked cigarettes from other students and take deep drags on them whilst having non-sensical conversations. Neither of us smoked. The taste was disgusting, but it was funny, so we did it.

One night we stayed up all night. I was at the age where staying up all night felt like a defiant FUCK YOU to society, where you could stick the middle finger up at the rising sun, as if the act of staying awake was rebelling against boring convention. He had this beaten up portable tape recorder and cheap plastic mic. We loaded it up with blank cassettes and ran around the city in the dead of night, from the seashore to the city center, running around like lunatics, shouting at the darkness, acting the fool, the jester in the dead of night, laughing at the moon. We would record these rambling comedy monologues, Im sure if I played them back today they would just be embarrasing and silly. I remember the tape jumbled, muffled with wind, rattling around in the machine, distorting the recording. That night was wonderful though. I lived every moment like it was forever, and I loved being with the young man I loved.