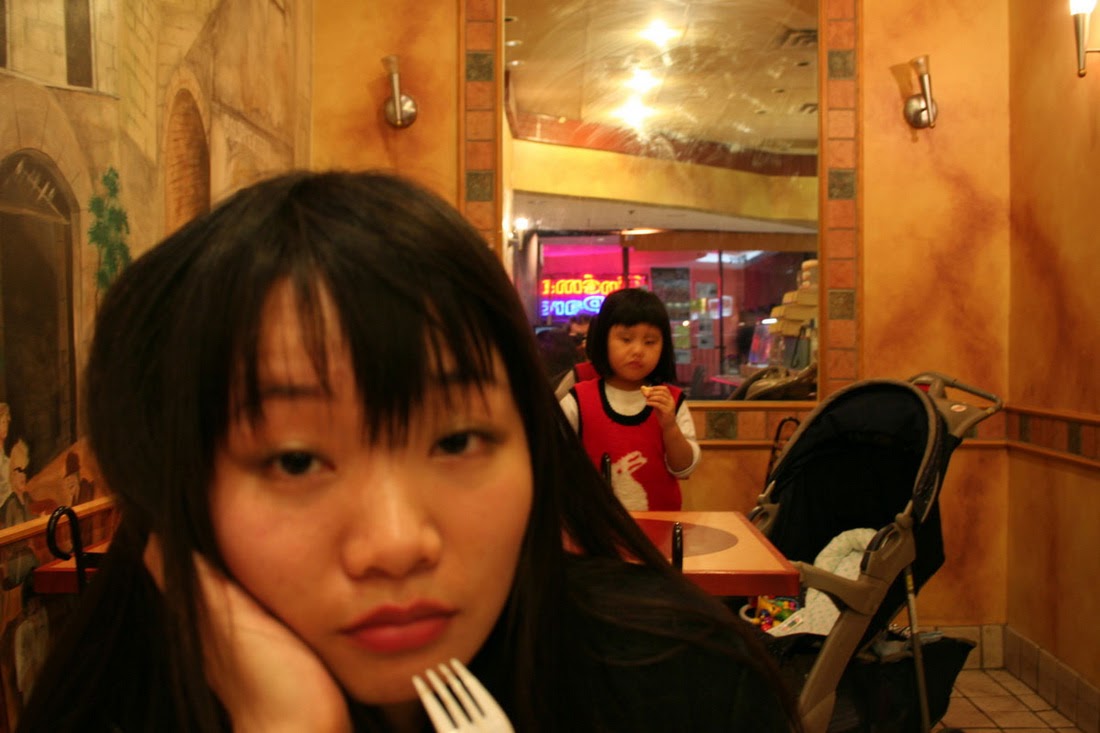 The car slowed and stopped as she slipped past the vantage point I had from the front steps, but I already knew what was coming. I was kind of numb about it, in denial. I knew, but I didnt know, or wasnt really preparing myself for the news.

Anyway, she came in, we made small talk, which was bizarre, given the gravity of the occasion, but what else could we have done? Humans are illogical frustrating creatures anyway. Then she explained, she had made her decision, she was choosing him, it wasnt me, it was her, etc etc, all the time honored cliches in our limited language of expression. I took it well, surprisingly well, I stayed calm, continued the discussion, and I lasted around 10 minutes before I snapped. I broke down mid sentence, as the weight of her choice finally got to me. I sobbed. I mean, hard, aching, wrenching cries, between hard fought breaths, ripping from my chest, hot angry tears. I remember saying ‘how could you do this to me’…again, a cliche, but never in my life have I meant it more. I could not understand how it had come to this, where things went wrong, why I deserved such a painful choice, how I could be rejected in this way.

She comforted me, and eventually the ters stopped. In that stupid British way, I apologized for getting so upset, even though she was facing me having ripped my heart out, I was apologizing to her for getting all…emotional…in front of her. I remember after, we took a bus into the city center. I went to put my arm around her at some point during the journey, even kiss her. The emotional patterns of our relationship were so drilled into me that even in spite of the devastating news she had given me, I was still thinking and acting in couple mode, as if I was still a part of her. I didnt know what else to do. I couldnt imagine a life without her, couldnt imagine that she would choose to make a break from me.

I coped. For the next 3 weeks, I did what I can, but I dont think I was processing it, I dont think I really could get on top of it emotionally. I knew I was without her, but I couldnt really grasp that fact internally, and take it on board quite yet, but I coped. Then came the news that broke me.

She had chosen him, and they had started a relationship, as expected. By the way, this happened 11 days before our first year anniversary, close enough that I had been making mental plans before our break up about what to do for our big one year celebration. I was still processing that, how close we had gotten to being together for a year. Then I met her after college one day, waiting for the bus, and asked how things were going between her and the other guy. She had told me that they had broken up. After just 3 weeks, the guy that she decided to leave me for, was not hers anymore. Now, looking back, it wasnt the length of the relationship that was the point, neither was it the guy she decided to get together with. It was a symbolic gesture, the fact she decided to make a break from me, it didnt really matter with who, or for how long, it was part of a transitional process away from me, but I didnt get that at the time.

My immediate reaction, right there, was to ask her to take me back. I had lost her before, I didnt want to lose her again. Our love was still fresh in my heart and head, there was easily a chance to regain what we had. Of course, this wasnt really true, mentally, emotionally, she had made the break from me. There was no turning back.

She rejected my advances. This is what broke me, not the actual end of the relationship, but the fact that she wouldnt take me back. At the time, I just couldnt process it, I couldnt accept that, wouldnt understand why, now that she was single, that we couldnt pick up where things had left off. bear in mind I was 16 at the time, and the enormity of our relationship together, the wave of feelings that came with first love had me in its grasp.