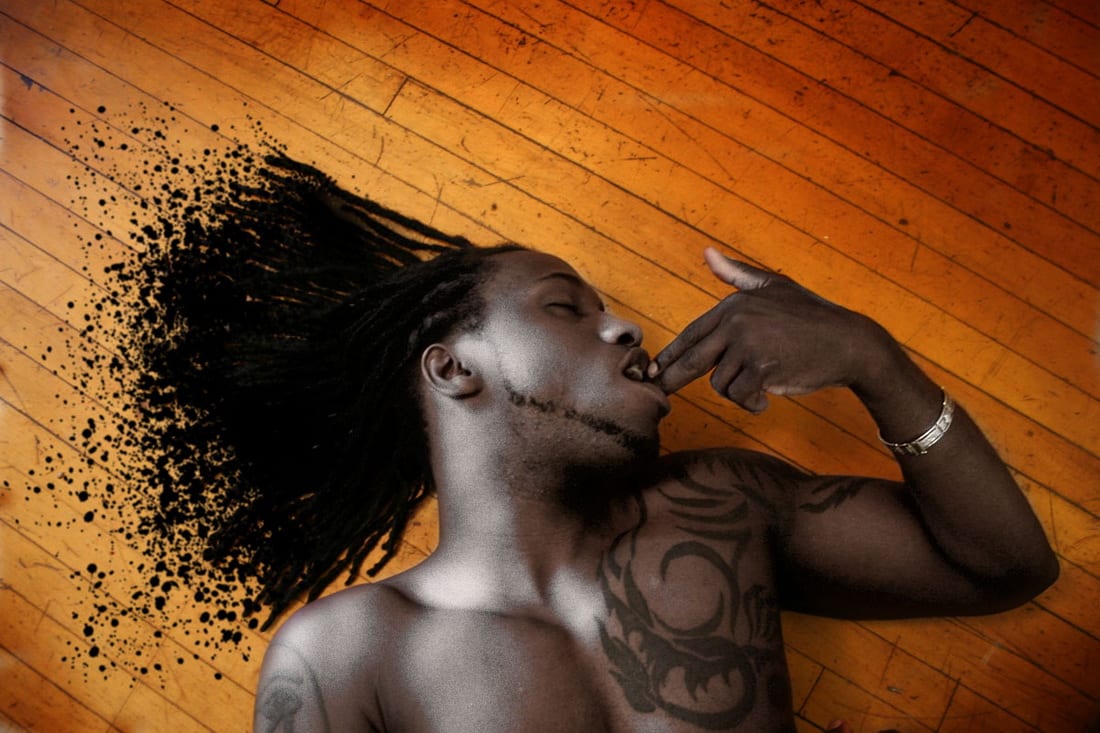 I did my time in higher education (in fact, more than my allotted time, considering I tried, quit, and tried again) at, primarily, Newport College of Art and Design, in Newport, surprisingly enough, in Wales.

The course was a B.A. in Fine Art, but it was a progressive course, at the time, it encouraged the use of mixed media, new technologies. It was a bold progressive move, there was a diverse mix of students, from the traditional painters, to the geeks, which I was a part of, I guess. It was, primarily, an art college, so of course, everyone, and I mean EVERYONE took drugs. Apart from me, it seemed. I didnt smoke, didnt drink to get drunk, and didnt do drugs. This left me out of about 80 percent of typical university social functions, as you can imagine.

For example: Hey, we’re gonna go get some pints, get wasted, go back to my apartment, light some bongs/take some pills, etc etc….you want to come?

I had my own apartment close to a shared student house, 4 guys sharing this 2 floor house. It was an old house, with 2 bathrooms, one upstairs, and a second one in the back garden, an outside toilet, very common in old houses in the UK. As the front room and kitchen were on the ground floor, the most used bathroom of choice was the outdoor one, as people were too lazy to go upstairs to the other one. Living in the house, there was the artist, the hippy, the local, and the straight shooter. It was hilarious. You could have based a sitcom around these people, just left CCTV cameras in most of the rooms and the plots would have written themselves. I remember playing football in the hallway once, goals at each end of the hall. Fun times.

Although I had my own space I practically lived at their apartment. They were good friends, good people to be around.

Anyway, one night I went round the house, as usual, and found the atmosphere decidedly different than most evenings. There was the straight shooter in the kitchen, cooking god-knows-what (food that only students would love), the local sitting on the floor, a few feet away from the tv, and the artist on the couch, fascinated by the wallpaper.

I asked the guy that seemed to most responsive, the artist, what was going on. He told me that the hippy had brewed up a batch of magic mushrooms (cultivated, ironically, from the grounds around the university…the main building was perched on a hill surrounded by woodland, leaving a few prime spots for natural hallucinogenics to grow).

So, the whole household was a few hrs into their magic mushroom trip.

For the uninitiated, magic mushrooms are basically mushrooms with a kick. Once ingested, they promote, amongst other things, heightened senses, visions, and work on the areas of the brain that accept suggestions. In other words, you tell someone tripping on magic mushrooms that a blue wall is green, they may well just believe you.

The hippy, main supplier for the evenings entertainment, was using the outside toilet, it seemed.

So, the straight shooter had a severe case of the munchies, and was cooking his own pile of food in the kitchen, the local was sat in front of the tv, waving his hand back and forward in front of the screen. Apparently, he had been doing that for a good 30 minutes already, claiming all kinds of mystical effects achieved by the seemingly simple action. The artist was relaxing on the couch, staring at the wallpaper and admiring the shifting, moving patterns that only he saw.

Now, of course, for the only sober guy in the room, me, it was all a bit odd and a little disconcerting, but also unintentionally hilarious. Its like they had all joined some surreal alternative comedy troupe for the evening, and were doing some unscripted stream of conciousness routine. One wild, outlandish claim by one guy would trigger a series of wilder similar claims from the others in the room.

Man, I can TOTALLY see my hand echoing across the screen if I wave it…

I know! I can see my body moving around the room…

This went on for a few minutes, suddenly the hippy burst into the living room,as white as a sheet.

Guys! Its…the BUSHES (he said in a hushed voice, obviously so as not to annoy the plants outside)

I went out for a piss, and the bushes came ALIVE…they SURROUNDED me…..I couldnt MOVE!

After various oohs and aahs by the people gathered in the room, nobody of course questioning the fact that plant life forms had suddenly become sentient beings, as one, they all rushed outside into the back garden to witness the invasion of the bush people. I stayed inside, absorbing the information.

A few seconds later, the whole group crowded around me, all looking pale and shaky, all clamouring for attention. I heard a bunch of…the BUSHES…the BUSHES…..and half heartedly attempted to settle them down and assure them that the bushes wouldnt be invading their front room any time soon before wandering home giggling like a schoolgirl.