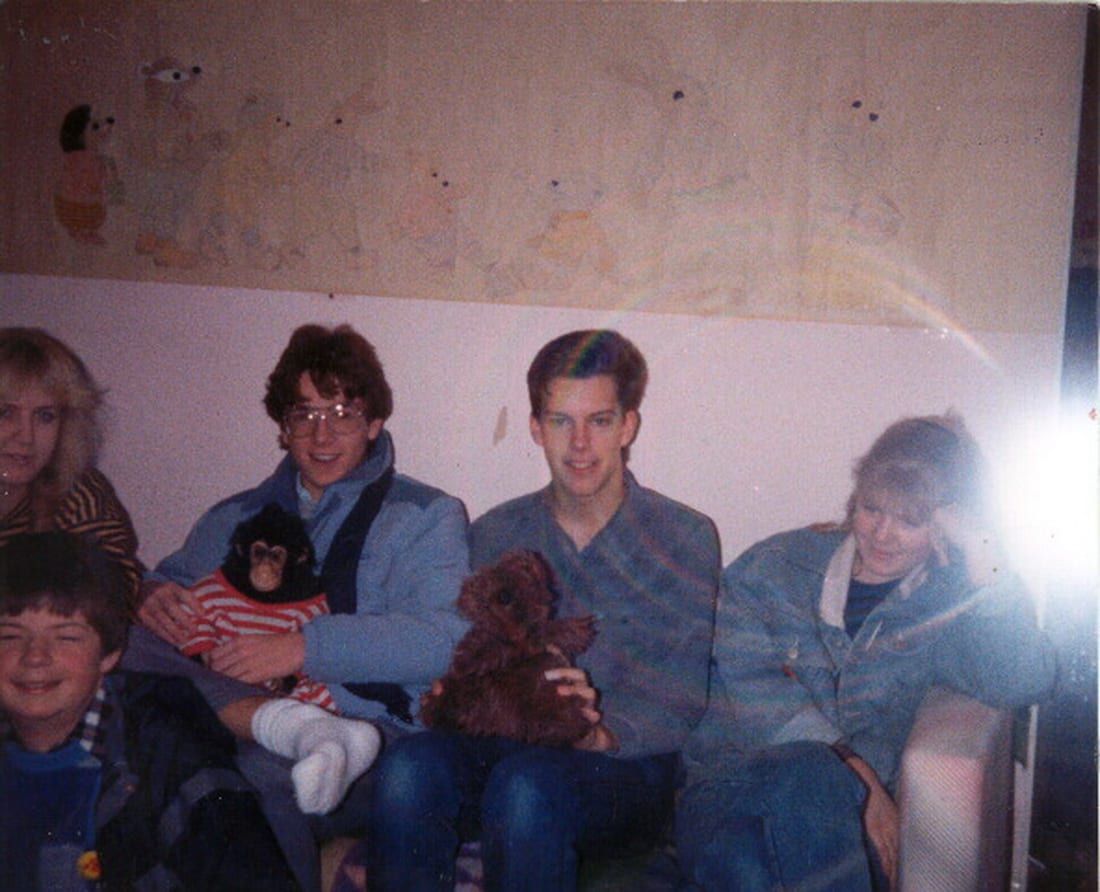 It is true what the majority of people say, that the first time you fall in love, you fall the hardest. Its the only time in my life I have ever trusted someone unquestioningly, and would gladly give myself to them. The only time where I can confidently say that I never questioned my feelings, my faith in that person, that I would have died to preserve things between us. That intensity fades with each subsequent relationship, and its probably a good thing too. Humans arent designed to love all the time with that amount of passion, blindness and commitment…they would probably burn up from the fires of passion.

I was 16. Quite literally, my first day of university life. I had recently left home, for the first time, and settled in Portsmouth, in the south of England, to start studying at Art College. As terrible a cliché as it is, I can genuinely say that our eyes met across a crowded room, and I was hooked.

Her name was Rosalie. I think we took all of 2 weeks to get to know each other, and then we were together, boyfriend and girlfriend. First love. I had had sex before, but this was my first regular sexual partner, my first full-on committed long term relationship. We did the whole relationship dance, meeting the parents, etc etc. All the rites of passage to get to know each other.

Now, Im 38, so this was 22 years ago, so my memory is eroded, but the weird thing is that almost everything about the relationship itself has been erased from my head over time. I cant remember moments with her. Holding hands, walking along the beach, sharing a sunset with her, all those picture book moments, nothing sticks in my head. What i DO remember is that we were one of those annoyingly close couples. We didnt argue, didnt fight, if there was a yearbook of college romances, then we would have been the ‘couple most likely to get married’ We were joined at the hip, we grew, explored, matured together, supported each other. We went to her sisters wedding, and I promised her that we would get married, and I believed the promise. It fell short of an engagement proposal, but it was the closest thing to one that Ive got to, even to date.

What I do remember, in excruciating detail, is the road to ruin, the break up, and the impact it would leave on my character. If there was a single turning point in my life, a time where a lot of good and bad character traits were born, it can be traced back to the fallout from the break up.

The final few months were a turbulent time. Firstly, a cause of great external stress, was a stalker. Sounds crazy to look at things now, but someone was tormenting us. Someone who knew everything about us. They would send explicit pornographic letters to her and her family, disgusting postcards, taunting us from a distance. They would call my moms home number, over and over again, throughout the day and night. She had taken to wearing a whistle whilst answering the phone. Sounds funny now, but it was the only deterrent she could think of. She would pick up the phone, and if nobody spoke within a few seconds, they would receive a loud blast of the whistle.

My girlfriends family got it even worse. They would stop answering the phone altogether at its height. They had an answer machine, and would just leave it running. The phone would rung…silence…and then it was put down. In one weekend alone, they receive 63 calls from the mystery person. The caller got cocky, arrogant, even at one stage recording their answer machine message, and playing it back to them down the phone, a kind of childish ‘repeat what I say’ game. The Police couldnt get involved. They said unless a direct threat was made, then there was nothing they could do.

The taunts continued. Even obscene messages scrawled in chalk, left on the driveway of the family house. They knew where we both lived, they knew our familys numbers, addresses, details. They mentioned places we had been to, events we had seen. At our university, they even did a secret handwriting sample test paper with all the students on the course, to try and match the handwriting to the person sending these letters, and got nothing. The suspicion rested roughly on someone from within Rosalies family, but we couldnt be sure, and a motive was far from clear.

It put our relationship under intense pressure and unwanted scrutiny. I have never felt so helpless and powerless as I did when this was happening.

I am not Deadpool (and so am you)