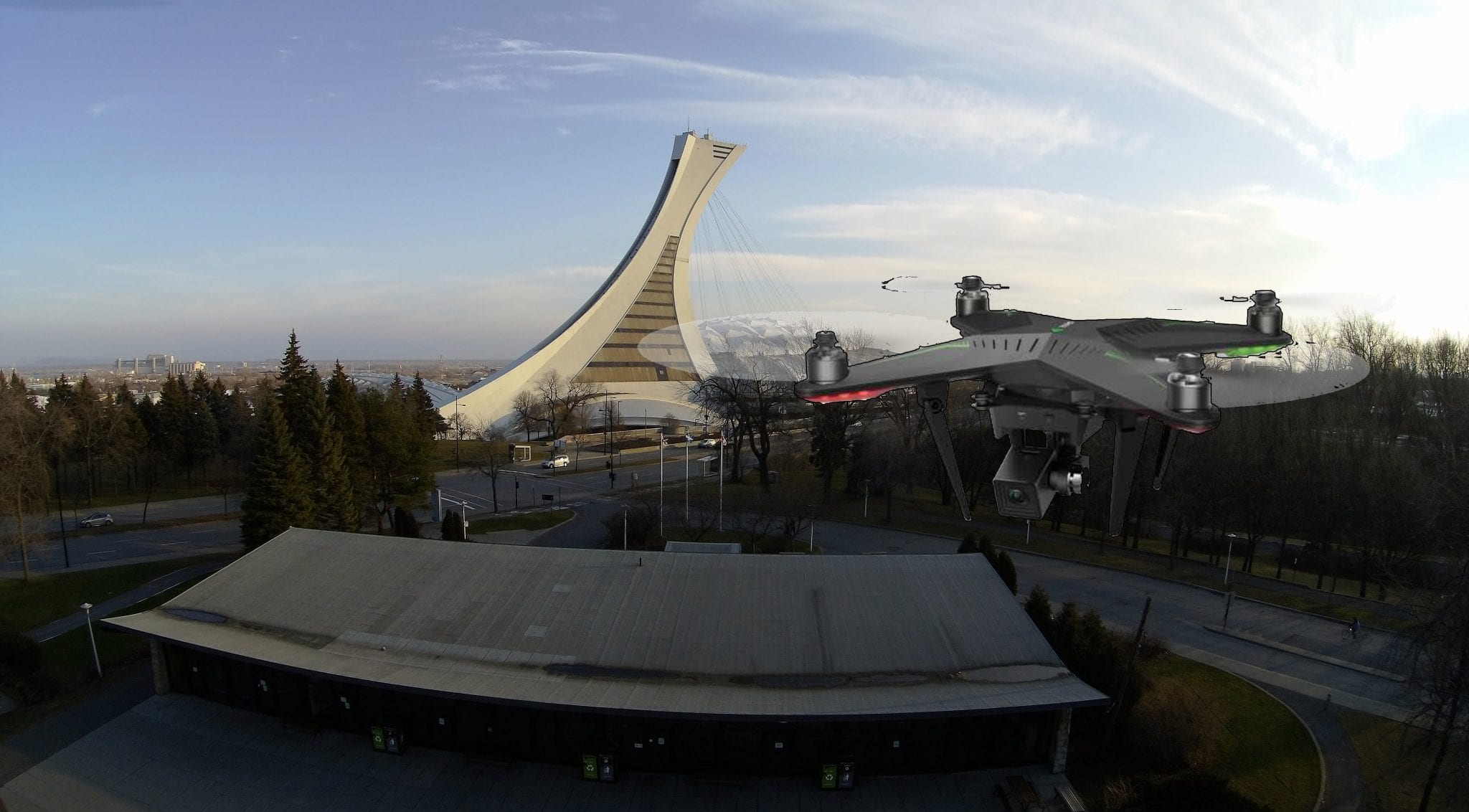 So, my stabilizer friend, Sunny, was kind enough to pull a few strings on the other side of the world and get me a drone at cost price. It all happened in a rush. We were talking about it last week, it was shipped from China on Thursday, and I was picking it up via DHL in Montreal the following Tuesday. It struck me how interconnected the world is these days. From thought to recipient in a matter of a week.

I had long desired a drone, in order to stay competitive in the video production field and be able to offer another aspect of DSLR production…and, because they seem kinda, well, awesome.

An evening of careful construction, battery charging, and an hr or so of careful studying of online tutorials, and I bundle the drone in a shoulder bag and make my way to a local park to test it out. Nervous, and excited. I have seen enough drone-disaster videos on youtube, and I did not want my maiden voyage to be added to the collection of expensive equipment slamming into the ground, the ocean, or someone’s rooftop, never to be seen again.

It was cold, but clear, winds were low, no snow on the ground yet, so if I am to learn, now is the time to get out there. I found a bit of open field and a stretch of concrete, and set the drone up.

I see through the drone’s point of view from a HD camera mounted on the underside of the machine. The camera is in a stabilized gimbal that keeps it straight and level during the drone’s various aerial manouvers. The drone is controlled via a traditional looking hand-held controller, rather like any radio controlled plane, except because it is a drone, when you let go of the controls, it hovers in place.

It knows where it is utilizing google maps and local satellites, and the drone communicates with my cellphone via a wifi connection from the controller, so I can see on my phone screen what the drone sees.

Now, this drone is kind of an entry-level machine….it has a lot of ‘idiot-proof’ features….for example, a handy ‘return to home’ button which brings it back to the point it took off….an auto take off, and land button….and 3 different levels of settings, from beginner to advanced. The idea, I guess, is you practice on this one before getting the big expensive OMG I-just-took-out-a-small-mortgage-to-buy-this-beast-and-strapped-my-expensive-camera-gear-to-it-dont-fall-dont-fall-dont-fall type of drone.

So…my first flight. How did it feel? Terrifying.

I was hopped up on adrenaline throughout. The drone is sensitive to control adjustments, and I have to learn how to smoothly guide it, to transition in speed and direction, rather than nudge it.

It’s a curious feeling of multiple presences, a kind of connected detachment. I can only describe it like being in three places at once, learning to juggle, but imagine learning to juggle blindfolded while watching the back of your head from another camera perspective.

I am anchored, I am aware of my fixed place in the landscape….then I look towards the drone in the sky, to gague how I am controlling it, which becomes video-game like…but craning your neck to track the drone as it ascends detaches you from your hands on the controls, which amplifies a sense of disconnect….so you return to the hands, and lose the eyes on the drone. It becomes a trade-off.

The third perspective comes from filming, or taking pictures via the camera, beamed to the cellphone on the controller….but that takes some effort and focus, and when you focus on that aspect, youre looking at what the camera is seeing, rather than the position of the camera itself, and that disconnects myself further from the tactile sensation of the controller again.

It’s not quite like a video game, where your hands are resting directly in front of, or below the screen, and there is a sense of direct control and connection between your key presses and controller motions to the screen reaction. It’s a continuous fight to regain some kind of sensory connection and defining a new sense of direction as the position of the drone changes in the sky.

Added to that, the distance. I was worried that it wouldn’t have the range, but apparently its maximum range is around 500meters. To read that doesn’t mean much…even googling it, it is the equivalent of 9 plus football fields….however, actually seeing the sitance is another thing. I stretched it to about 65, 70 meters in any direction, and the drone quickly became a black smudge in the sky. I became too nervous to take it further in any direction…I was the edge of a road crossing, which looked scary enough through the cellphone. I had visions of it dropping in traffic.

One moment bought me, disorientated, uncomfortably close to treetops, and not confident enough that I was directing it away from the wooded area. I hit the return to home button and greatfully saw it re-orient itself and gracefully fly back to it’s takeoff point.

I guess it is a case of simply practicing, gaining confidence and muscle memory, becoming familiar with the feedback and feeling of the control sticks, and knowing its limitations.

The time flashed by, I went through two fully charged batteries in about 35 minutes, and I was mentally exhausted by the time I finished my flying, blissfully ignorant of the cold, covered in sweat, and shaking with adrenaline, but really happy. Happy, and terrified, but already looking forward to the next flight.

Previous On Failure..
Next On Anger