After the excitement and the pure creative exercise of completing Bon-zo: Chapter 1 in Montreal, in the early summer of 2016, it felt right to revisit the character and stretch our mutual creative muscles again. (Myself, and my creative partner in this project, BonBon Bombay). Since the last time we had collaborated, she had moved to a new city, 5 hours away, Toronto, and was living in a large apartment with her fiancee at the time, and soon-to-be husband, Daniel Hornick.
The challenge was the same....zero budget, limited time, limited prep, and making up a story-line between us. The main difference this year was that we had established a character with Bon-Zo...enough to be ale to expand and build upon her mythology.
Time was tight, almost impossibly so, and now I was further hampered by coming from a distance and not knowing the local shooting environment. Last time, I could find locations based on local knowledge; this time I was reliant upon BonBon's local exploring to secure some good filming areas.
Fortunately, she lived in an area that had some friendly neighbors.
We had an extended period of brainstorming, where we decided to explore the idea of Bon-Zo having a nemisis. Daniel was able to spare a little time from his busy schedule to perform, and was happy to be involved, but he only had a limited time to spare, as he was working during the day.
BonBon had been able to secure 3 different locations for filming, all of them close to her apartment. A butchers' shop, a bookshop, and the boxing gym that she was training in. She had expressed how much she was enjoying boxing fitness and training to get into shape with her partner for their upcoming wedding, so we wanted to feature the gym in the film. She also had rooftop access with her apartment, which afforded a fantastic view of downtown Toronto at night, so we knew we had to feature that also.
Given the combat theme was developing, we decided to frame a showdown between Bon-Zo, and her enemy, Anti-Zo in the boxing ring. We formulated a rough plot around the idea of this evil clown following her around, stalking her, shadowing her every move, and yet, practically invisible to the world at large. There was an open question whether he was a figment of her overactive imagination or not.
With the locations secured, and a rough timetable developing, I arrived in Toronto the afternoon before filming day. Although BonBon and her partner were in boxing training, none of us had ever filmed or performed in a fight scene before, so it was a pretty steep learning curve...but they say the best way of learning something is by doing it, so we all took the plunge and decided to make the climax to the film, a fight in the ring.
The night before filming, with the three of us gathered in the apartment, we blocked out a fight scene as best we could. We would do this by figuring out a couple of punches and reactions to the punch, rehearsing the moves a couple of times, then adding on another couple of moves.
Together we worked it out, extending a series of moves, almost like a dance routine, or remembering song lyrics, line by line, and extending.
We built a rough narrative around the scene, some serious moments, some moments of slapstick appropriate to the character, visual jokes
We wrote down a rough list of notes and moves to refer to on the shoot day.
The day of the shoot, we had to figure out fitting in some set-up shots with just BonBon before Daniel was available in the afternoon, so we set out in the morning to do some establishing shots with the Bon-Zo character.
We stumbled across our first bit of luck, a tricycle parked outside a charity bicycle organization that looked too good to ignore. We approached the owner, just asking to shoot the bicycle, but ended the conversation with actually involving her in the video in the opening scene, dropping off Bon-zo and starting the narrative.
By the time we had filmed the opening moments, Daniel was free for the afternoon, and we started to go through the locations that BonBon had secured before. The owners had fortunately agreed to let us use their businesses as a neighborly favor, and we filmed at times where there were few members of the public to bother, so we managed to get the shots completed relatively rapidly.
The majority of the narrative was worked out on the fly, without a shot list, just being in the pure creative flow. It is both liberating and terrifying.
The afternoon came and went, and with the sun setting, it was time to head to the apartment roof for a hastily shot 'training montage' in the best traditions of all sports movies. We had a short time between sunset and darkness in order to complete a complicated shot sequence, so the pressure was on. Everything went smoothly until we disturbed a neighbor with the noise on the roof, who decided to make his complaint at the very moment that BonBon was disrobing. Awkward.
After the sequence was finished, there was a brief pause, and the final setup was to be completed; the boxing scene.
BonBon had a smoke machine, so we took it to the gym and set the venue up for filming, adding a suitable smoky atmosphere around the ring.
The rest of the night was an exhausting blur. Filming the routine from our notes and memory, making sure there was enough convincing coverage from a variety of angles. For fight choreography, it was a baptism of fire for all concerned, from effectively selling a punch to finding the correct filming angles, and hoping that there was enough footage in the can to cover any errors.
The shoot was done by midnight, and we headed back, mutually exhausted.

Back in Montreal, the post production was time consuming, but relatively straightforward. Fortunately, the boxing sequence had enough footage for effective editing without too many errors. Effects were minimal, which cut down on post production time, and the music was sourced as a custom soundtrack built up from layers via software called Filmstro, which added effective layers of atmosphere to the opening pre-match sequence.
The film was completed late summer, and we released it on social networks to positive response.
BonBon decided to enter a few online film competitions, and one of them, we were fortunate enough to be nominated, and our film received it's own laurel, a first for me in my film-making career.

What remains is a potential third short, to finish the Bon-Zo trilogy. Watch this website... 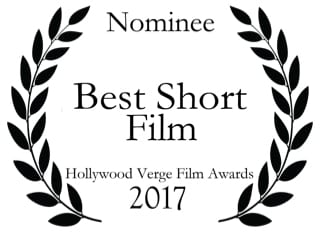 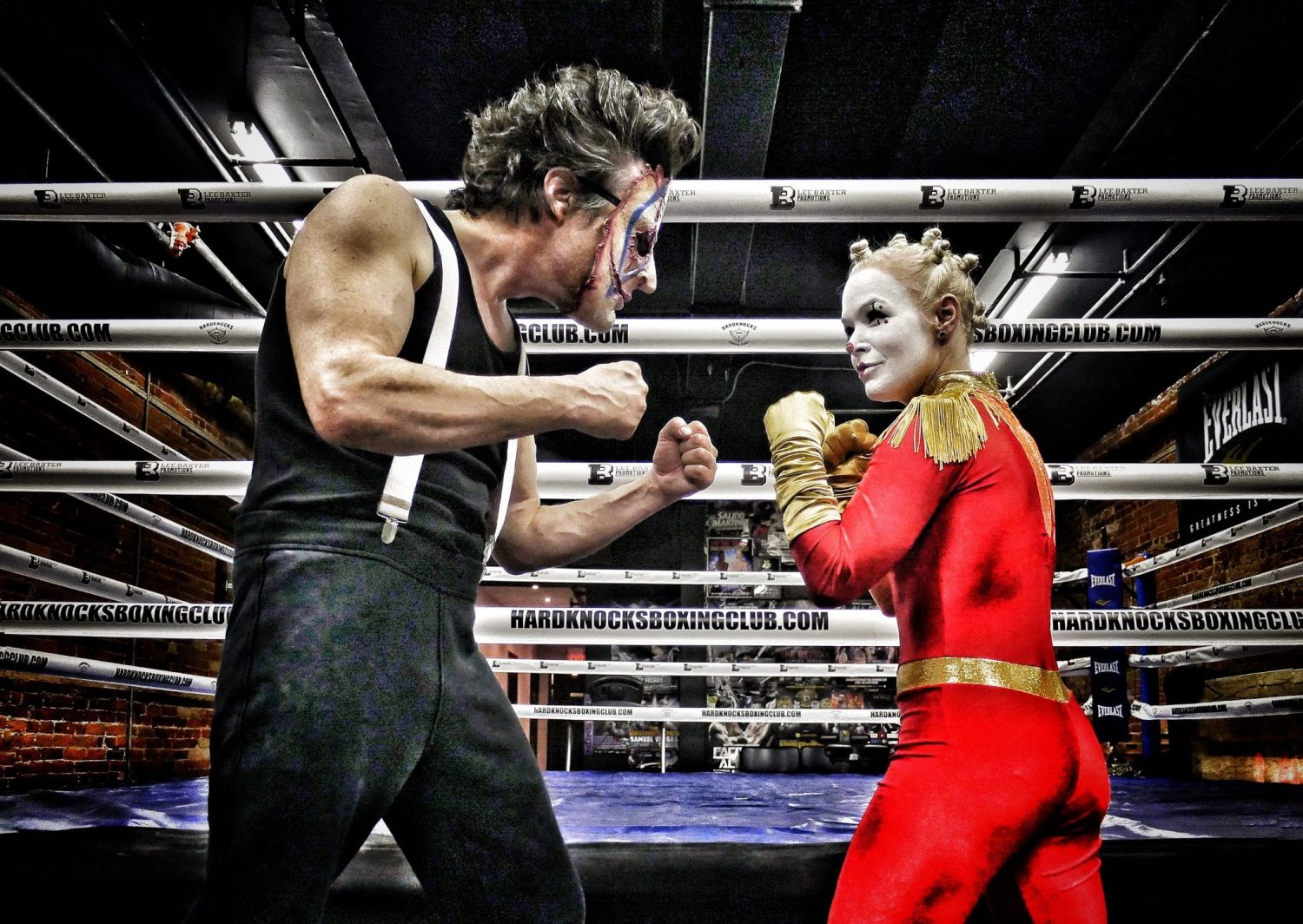 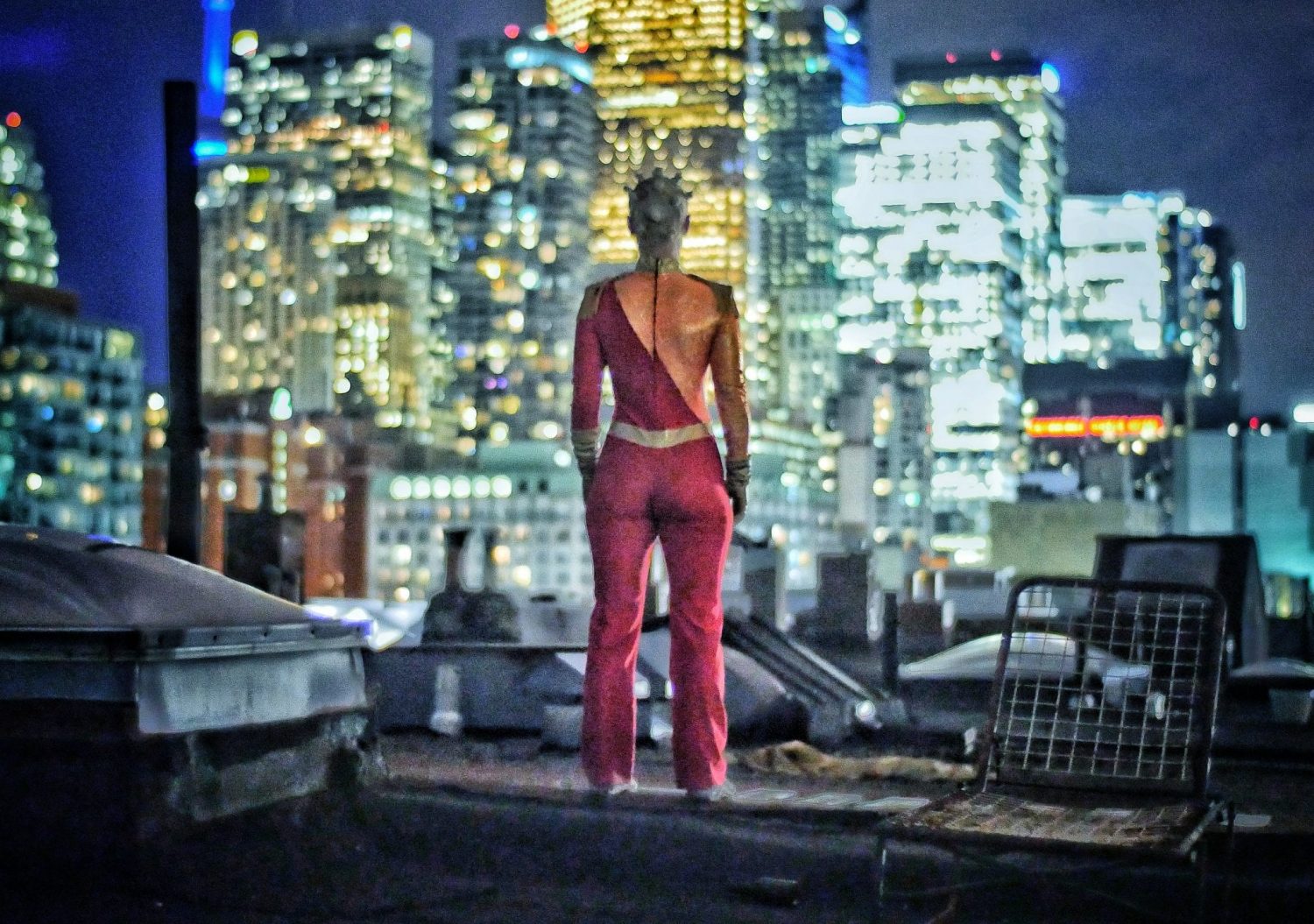 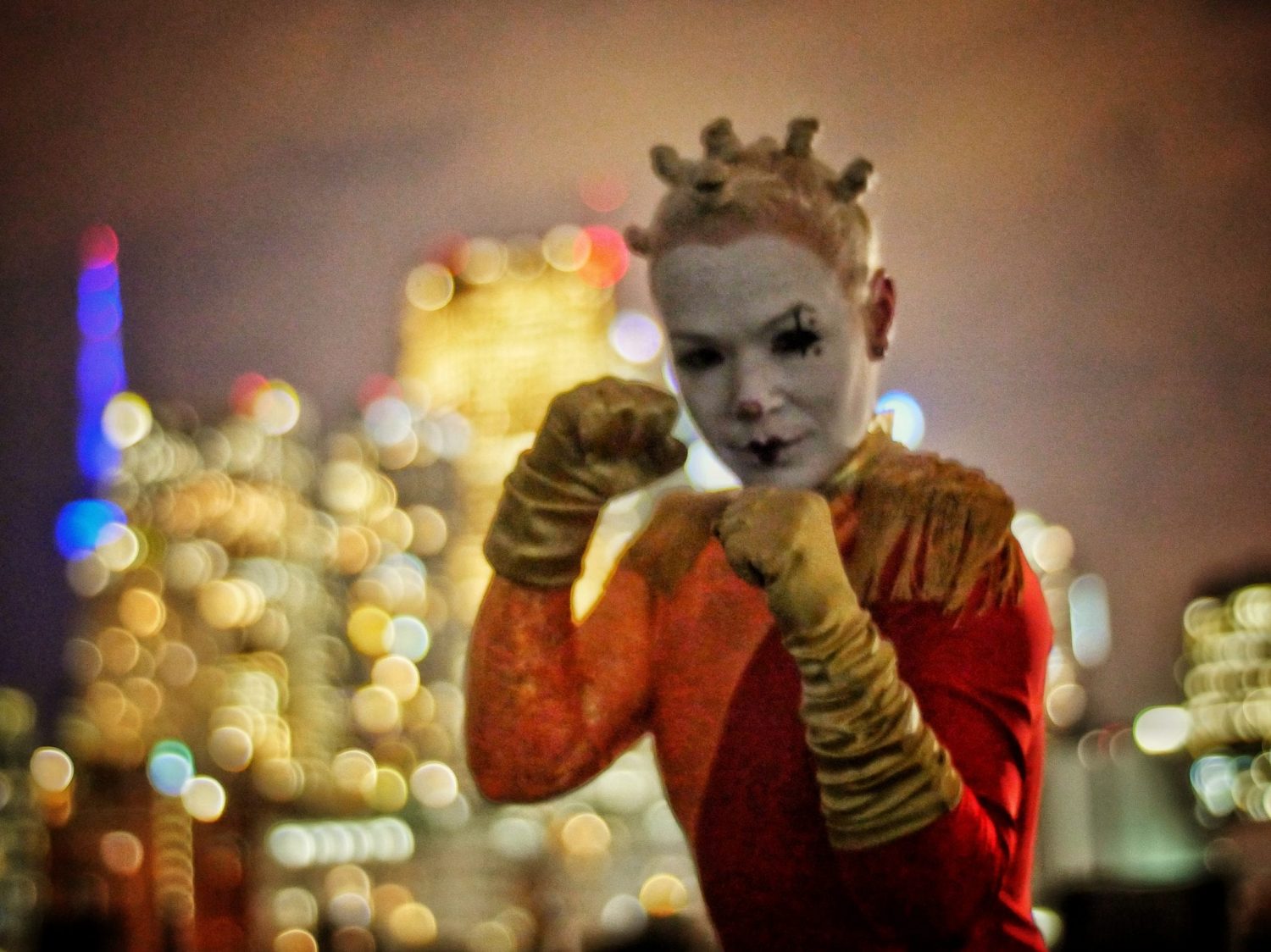 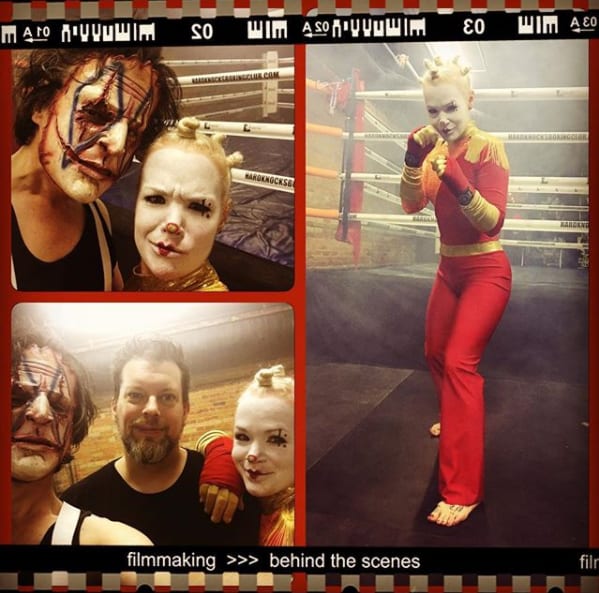 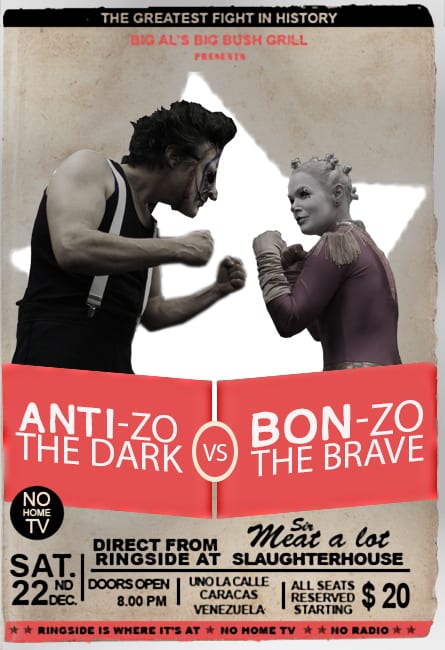