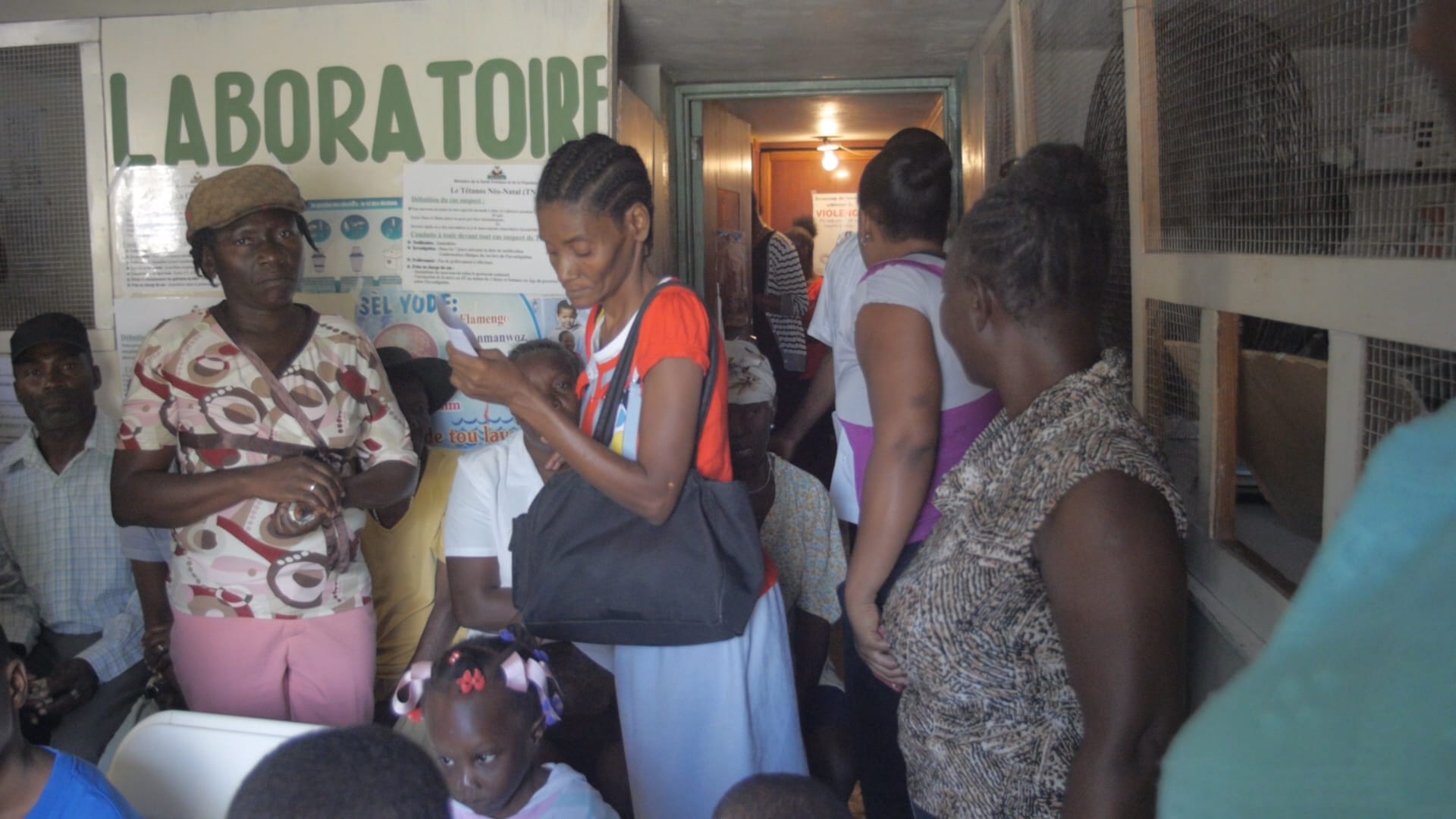 After the more emotionally turbulent day previously, we were up again at the crack of dawn…quite literally…I was shuffling around before sunrise, at 5.30, only to find that there was no electricity, water, or church, which was supposed to be the reason we all woke up early.

I filmed the sunrise whilst the group hung around waiting for breakfast. After food, the clinic opened, which is the reason the people were there. Attached to the housing section is a small walk-in clinic, and next to that, an extension being built.

The group that I came out to film is Kapab Global Network. They are a small non profit organization that bases their assistance on two core principles, healthcare and education. This location I am staying in provides both, a small clinic, and a small school complex.

The clinic is staffed by a handful of local volunteer doctors. A small selection of medical equipment, and a small pharmacy, a rudimentary ‘lab’…in the loosest of terms…(apparently they used to have a microscope and centrifuge, and both were stolen), and a couple of tiny examination rooms.
Its pretty basic there, the ceilings are so low I kept burning my head on the light bulb there…the corridors are just about wide enough for a wheelchair, if you force one in there to fit…the rooms have no air conditioning, and don’t look very sanitary, but the staff work with what they have and see a good number of local patients that cant afford to go to private clinics or local hospitals. The problems vary from aches and pains to stab wounds that aren’t healing properly in unsanitary circumstances. Everyone is polite and patient and seen in good order, despite the queues.

The group of volunteers I am shadowing for the course of the trip are all current, or ex-healthcare professionals, having worked within the medical system in New York, so they are trained for every eventuality, however, the minimal facilities make even basic medical care a challenge. The patients come to this clinic because they cannot afford to go to the cities’ hospital, or the few private healthcare facilities around.

After the clinic, I filmed a selection of interviews with doctors and local patients, authority figures and the like, and then filmed a little more classroom footage with rooms full of adorable kids in bright pink school uniforms. Cuties. 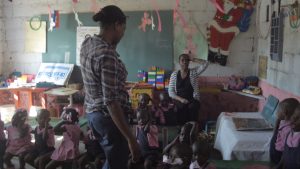 This is the second part of the work the group do here, teaching a particular methodology of learning called ‘Phonemic Intelligence’ (You can find out more about the methodology HERE.) Briefly put (and copying from the websites’ front page…) ‘Phonemic Intelligence is intelligence enhancing education. PI training consists of exercises that help kids relax, concentrate, focus and learn easier. We use sound to activate and strengthen the neurons in specific parts of the brain.’ The lessons are short, it kind of looks like a meditation break between traditional lessons, a brief pause to refocus and reset the brain.

In the afternoon, we went to another local tourist attraction, the unofficial eighth wonder of the world. (I checked on wiki, apparently theres a page full of unofficial choices for the 8th wonder…still, this was one of them), called the Citadelle Laferrière.

We took an SUV an hr or so into the countryside, and things got rural real quick, like, jungle rural, like, no facilities at all rural…palm trees, wooden huts, goats, pigs…you get the picture. The road turned into a rocky dirt road that wound its way up a mountainside towards our target.

Our first stop was a site near the citadel, the magnificent Sans-Souci Palace, with it’s imposing, almost Mayan structure, sitting on a hillside at the base of the mountain with the citadel. Built by the leader of the Haitian slave rebellion and later king of northern Haiti (yes folks, I am copying from a wiki page…no way I have this kind of knowledge…).

We were already running late in the day before getting there, so we were the last group to enter the site, the ticket office closing, but I am glad we went. For me, this structure was better than the 8th wonder…

Unfortunately, it was a bit of a tourist trap, locals descending on us as we stepped from the SUV to sell us stuff or act as an official tour guide telling us random facts about the place until we turned them away. Another of those impossibly awkward moments…here you are, confronted by an amazing sight, and you are fending off eager locals hoping to ram facts down your throat in exchange for a bit of currency. Don’t get me wrong…really, I get it, earning a living any way you can, hustling, etc, but it just makes me uncomfortable.

Back into the SUV and another trip further up the mountain, through treacherous slopes and blind corners, to within a few kms of the 8th wonder, while we took some snaps to prove we had been there (or at least got close), and dodged some more local hanger-ons. Going the rest of the way would have required a hike up a trail, and we were already fighting losing light, so we found a rocky outcrop that allowed us a view of the citadel from a distance.

It put a little damper on the whole experience fighting the locals off, or caving in and giving them money in exchange for distance and silence. Some were more laid back, others more pushy and intrusive, all hustling for their bit of cash.

Anyway, pictures done, the moment somewhat memorialized, we headed back down. At the base car park, an impromptu game of football broke out among the kids. It made me happy. Suddenly Haiti didn’t feel so far away anymore. A tennis ball appeared, goals were set up, and the kids were lost in a world of happiness. Ignoring the fact the pitch was on a 30 degree slope, and surrounded by jungle and steep inclines all around. One wayward kick and the ball is away in the jungle. One kid was commentating the match (I used to do that all the time)…calling out football superstars…Messi, to Beckham…it was a lovely moment.

Then home down the treacherous road as darkness fell, to a hot meal and a very warm bed…

Hard to believe tomorrow is the last full day here. It has been a packed experience so far. 48 hrs should see me just about home in Montreal…