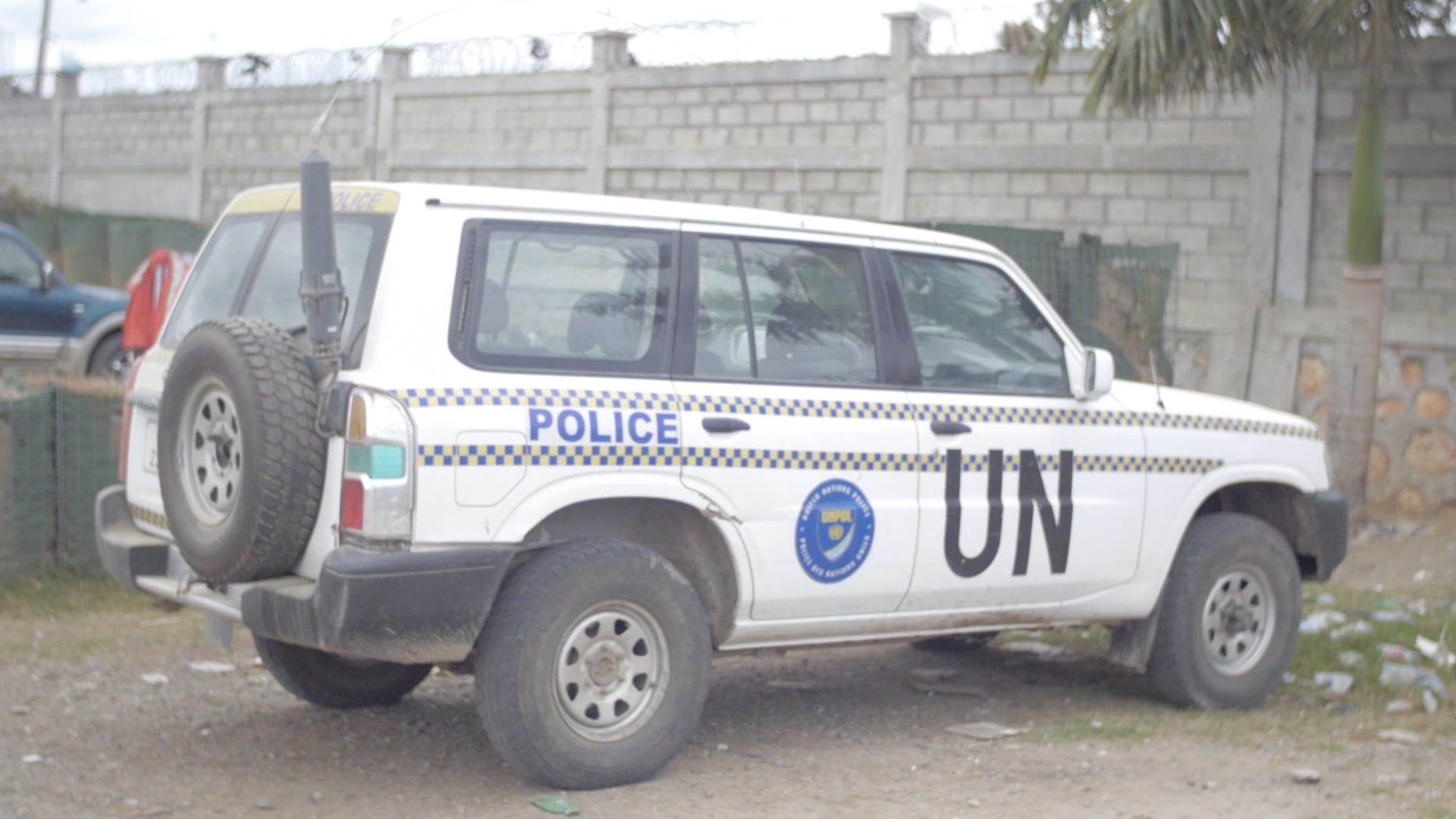 Today was an early start….wasn’t every morning?

We were up before sunrise again with the over enthusiastic church bells (did I mention they are recorded, not live? I felt sightly cheated about that bit…church bells from speakers from an on-off switch feels slightly like religion-lite).

After breakfast…finally got a hold of a needle and thread and sewed up the ripped crotch of my jeans. Breathed a bit of life into them again:)

Out of the house by 7am for a long drive through the countryside to around 15 minutes from the border with the Dominican Republic.
The drive left the city limits and followed a long mountain range, sparcely populated by small villages. Real country living here…reminded me of what I have seen of Africa (on tv, haven’t been there yet, admittedly)….the mud/wood/concrete houses, heavy foilage, goats, horses, wild mutts, etc etc

Each village had a speed bump on the way in and out to dictate the village limits…travel between them was by taxi, bike, or occasionally a horse or two.
We passed a couple of UN compounds on the way…one was some kind of supply dump…heavily fortified, armed soldiers in watchtowers, barbed wire walls, the whole thing.

Anyway, after a good 1.5 ish hrs of travel, we ended up in one village with a small school at the end of a dirt road. The school was basically a low wall set in a rectangle with a gate at one end, and small buildings ringed around the inside of the wall, a series af basic concrete rooms with wooden benches, a blackboard, and little else. The kids ranged between 4 or 5 to around 12 or 13.

We were there with the group for the leader to train the teachers in Phonemic Intelligence. The system was developed in India for classroom use….it’s a little hard to explain. It basically comprises of a 5 or so minute lesson where the students place their hand on different parts of their heads and make vowel sounds…..it looks a little less kooky in practice than it does trying to explain it (but admittedly not much).
The theory is that its kind of a meditational break between learning, its supposed to help the kids absorb what they learn, and at the same time give them a chance to pause for reflection. It is a part of what the charity group I was there to film offers.

So, I filmed the teachers learning the principles of PI by a trained educator, so that they can teach it on to the kids.
The learned in another room while the kids basically continued with their lessons.
The teachers looked tired, disenchanted…eager to pick up the new method, but I’ve seen that haggard look on my own face during teaching many a time before. I learned later that the teachers hadn’t been paid for 5 months.
5 months. I cannot imagine going to a work that hasn’t paid me for that long. It must be disheartening in the extreme. Day in, day out….what choice do they have? Go on strike? Abandon the school? The rules clearly aren’t the same here.
They told the charity leader that they don’t have a budget to feed the kids…often the children will just flat out fall asleep in the class, and the teachers can’t help them to focus…the kids complain of no food, being tired, hungry…and who can blame them? The unpaid teachers cannot help. I will admit to welling up a little…the first time during my trip something struck with me emotionally a little closer to home…having taught for 8 years, I felt for those teachers, the hopelessness, here in the middle of nowhere, in a small school….trying to teach the children with little hope of change. It hurt me. But I was just some random guy with a camera, filming to the best of my abilities stuff around me.

The kids were lovely. Endlessly fascinated by me and the camera and our group. They had breaktime while we were there, playing tag, playing keep-up wth a small ball, games with a skipping rope, the same as stuff essentially all over the world. Happy, bright faces.

Our group comprised of mainly Haitian-born Americans, and one woman urged the schoolkids to sing some old nursery rhymes that she also sang when she was a kid at school….the gathered group broke into a chanting song, and the woman sprang up and danced in front of the kids, much to their amusement, leading the chant in that ancient call-response style, swaying in front of the kids. It was a lovely moment, which I was grateful to film. Suddenly the weariness of the driving, the early morning, the heat faded for a moment watching these smiling kids singing and laughing as they laughed and clapped and sang.

The fate of the teachers hung heavy like a lead weight with me as we left the school. I felt frustrated, I was just a random guy with a camera in the middle of nowhere, with little or nothing that I could personally do for them. They asked the charity leader to talk to the local governor of the school district when she returned, and she pledged that she would make some inquiries to at least attempt to get things done.

From there we took a short drive to the border with the Dominican Republic, a country sharing it’s island border with Haiti, but a world away in terms of local economy and living standards.

The border looks so…well…innocent, I guess. A bridge over a small creek…literally, you could walk across it and perhaps just get your feet wet, about 30 seconds from side to side, perhaps even less in places. Mainly riverbed at the time I saw it. I was told that kids wander into each other’s countries all the time, just playing around on the river. Theres no huge fences with barbed wire, no searchlights, no fortified entrances…the actual road crossing itself has a few small unnasuming official buildings, a small gate, and thats about it.

And yet…and yet…this place is full of historical tension, which I was to find out about later. The two towns are Ouanaminthe on the Haitian side, and Dajabon on the other side, the river separating them is known as ‘The Massacre River’…French Buccaneers were slaughtered here…..up to 20,000 Haitians were killed in 1937 by the Dominican dictator at the time. Since then, numerous incidents, this border crossing has been a flashpoint, as a lot of borders are, for political turbulence, indifference, social unrest, protest and more, with the average citizen caught in the middle of it. It is an important link for trade, Haitians crossing over for shopping and work every day, but shootings and unrest have flared up from time to time over the years. It is, on a social level, a largely friendly social and financial exchange, an active market place straddles the border crossing, but on a political level, this is the area where things can and will often go wrong. My charity compatriots were a little nervous, edgy, sad, as if they felt the weight of the historical unrest upon their shoulders as we milled around the crossing.

And…well….that was it. Back in the SUV for the trek back to base camp, and thoughts began to turn for the final morning in Haiti and the trip home the following lunchtime. To think by the next evening I would be in the snow and ice of Montreal…hard to believe…