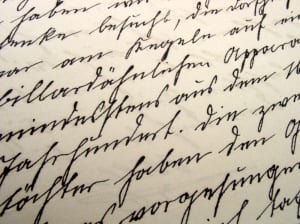 I should be sleeping, but I need to write first.

The average life expectancy for a UK male is 77.2, and a Canadian male is 78.3. Lets round this up, add a few years for good benefit (assuming that the technology to extend/improve lifespan will improve during my lifetime) and we have roughly 80 years on this planet.

Its 2011, and I have turned 40.  In just over 24 hours, I run my first full Marathon. It’s been said that you arent the same after youve completed one. Im not so sure about that, I am not looking for the earth to move, or any life changing experiences, but I have been training for this moment for over a year now.

I wanted to start this journey from just before that tipping point. In fact, its a series of points, a kind of crossroads. A change. I feel it. Every ‘x’ amount of years, I go through this. Statistically, I am facing a downward slope. Depending on your age, looking at this, you might find it kind of silly. Maybe you relate, perhaps not. I am avoiding the cliche of a mid life crisis here, but who knows, perhaps it is one.

I am a web designer and videographer by trade, I would like to use the prettier term, digital artist (after all, my degree was in digital art, so why not?). For the past 6 years, I have been working for clients, honing my skills. I am by no means a professional in any particular area, but for the first time in my life, I can claim to be ‘getting there’. I have the skillset to be able to offer a variety of integrated media. I tend to rely on word of mouth, and clients appear to be generally happy with my output. So, in my career, I have reached a particular spot, and it seems to tie in with my age.

I see other peoples personal projects, the way they have calved a niche for themselves, I pickup the occasional nugget of info here, a technique there, absorb via digital osmosis news about this piece of equipment, about that software, and it feeds back into my work.

Last year, a series of events began to turn things around for me. Not necessarily in any more of a positive direction, just a change. The first big thing was that my mom was able to help me out financially, which I can never repay (unless I make it big, heh…..). It was a one-off opportunity that enabled me to begin to invest in video making equipment. Let me tell you, that shit aint cheap. For the first time, instead of begging and borrowing, as far as technology was concerned, playing catch-up with gear, missing out on paying gigs because I wasnt equipped, I could begin to match the scope of my ambition and back it up with some technology to enable me to do it. Now, let me clarify, I am still very much learning, and my gear is still significantly in the budget area of my field, but I can begin to compete on an even playing field. I have done work that has gotten me noticed… only in local circles, I cannot claim to any kind of large exposure, but I now feel I can begin to match others.

Next, I got to work on an actual documentary in production. This sounds much bigger than it was, in reality it was myself and the director, and that was the entire crew. I was the technical end while he did the artistic end, interviewing people. It was his concept, I was just attempting to realize it, but again, I learned some valuable lessons, gained some experience, and that helped with my confidence and my ambitions.

On a personal level, I lost a bunch of weight, and got a whole lot fitter. As much as I would love to say that it was all my own doing, it took a trigger in order for me to try and get better, and that trigger was an internet connection I had making a simple comment about how much ‘fatter I had gotten’ in my pictures. First, this stung my ego bigtime, I have always been super hard on my own appearance, and that just reinforced my more pessimistic opinions, and second, I was pretty well emotionally connected to this woman at the time, which is always an influential motivation.

So, I ate less, and I ran more. Its that simple, and also that hard. 30 seconds of running  made me want to vomit. That became a longer and longer distance, and over a period of time, the weight became under control, and for the first time in my life, I went from a failed runner, to a reluctant runner, to a reluctant runner of a little distance. I wont claim to be a ‘Distance Runner’ or indeed a ‘Runner’ with a capital’ R’. I still find running tough, I still have my own issues with it, I still question my motivation, and yet, I (mostly) stuck to training programmes, I overcame a mental distance block, and I find myself, somehow, about to run my first full Marathon. I am scared. Although I have the confidence that this is something I can achieve, I have a nagging injury that I dont want to aggravate, and my target time is all but out of the window. Right now, just finishing will be an accomplishment. As usual, I want, oh so much more, but will have to settle for oh, so much less.

That brings me to now, here. 2.30am, Saturday morning, the marathon run is in a day. My personal tipping point. This is by way of an introduction, to explain what got me to this point. Future posts will explain, in picture, video, and text, where I go from here and what I plan to do next.