A relatively short flight on RyanAir brings me to the good old UK. Feeling pretty tired again with minimal sleep (up at 4 for a 6am flight), but all goes well…..well-ish anyway.

There is a wait for my bus, so I settle in the airport cafe, and a little before my bus is due to leave, I pop in to the airport bathrooms to switch out my gear. It’s colder in the UK than my recent travels (I know, big shock, huh…), so I grab my jacket, different pants, etc. I hang my bluetooth headphones around the toilet while I get changed, and leave for the bus. It’s only 5 mins later when my brain kicks in to gear and decides to let me know that I left my headphones back in the toilet. I run back, and of course, in busy airport bathrooms, by the time I get back to the stall, they are gone. I am pissed at myself. I am usually good at collecting my gear up, but the tiredness and a thousand things in my head made me lapse long enough to lose an expensive pair of headphones. Grr.

Anyway, on to the bus for a long trip, a 4-hour plus journey where I try to gather my thoughts and get past the headphone loss. My thoughts turn to my mom, and the general passage of time. It’s been about 4 years since seeing her, so it will be lovely to catch up. Has she changed? I remember how jarring it was to see her physically age before, but that was after a longer period. In my head, she was a fixed moment in time, rather than an aging person, so thats something I consider more now with my meeting.

This time, she feels/looks the same to me, and my stupid time/place fixed brain. The journey isn’t over, its another walk to a train to a car journey, so we catch up on the way back. Finally back home to familiar territory, and we go out to a local landmark so I can cross off the first thing on my ‘things to do when I am back home bullet point list’ which is ‘Pub Grub’. Basically authentic bar food from the UK. It’s no gourmet delight, but it’s something I miss, and appreciate when I am back there.

After the meal has satisfied the hunger-beast, I am in food coma. That, combined with an excessive day’s travelling has me beat, so my mom takes me to the airbnb where I will send the next 5 days, about 45 mins walk from where my mom is based, in Bexhill On Sea.

It is my first blissful, solid nights sleep since I left Montreal. At last. A full and satisfying night. The airbnb is a stones throw from the beach, and in a quiet area, so my brain decides to switch off long enough to get over some of the exhaustion.

For the next 5 days, the longest period of my holiday where I am not moving around, I am based in a place called Bexhill On Sea.

The place is the very definition of ‘sleepy British seaside resort’. It is truly the place where people go to, well, to not move around much. Apparently, according to the above link, it has the highest proportion of over 100 people in England and Wales.

It oozes static-ness. Well, it would, except oozing is a form of movement, which this place lacks. From my introduction, you may feel that I dislike the place…and that’s  not entirely true. At least, it’s a well-deserved break from the routine for me. There is a certain comfort in it’s safety, it’s predictability and stillness. Nothing particularly happens there, and thats just what I need at the moment. The sun rises, people get on with their life-stuff quietly, efficiently, without fuss or noise, and then the sun sets. The seaside tide ebbs and flows along with the population, the ice-cream from a seaside seller tastes exactly how it should taste, the fish and chip shop has perfectly British fish and chips…and so on. Everything is in it’s place, as you would expect it to be It could be a well-researched film set; perhaps all the buildings have false facades and cameras are peeking from behind them, ready to capture the old folks pottering around, Truman Show style.

What do I do here? Well, all the small stuff. I catch up with my mom, and hang out with her; we visit a few different places, Eastbourne, Hastings, we potter around and chat and just kind of, well, be together for a few days. No drama, no fuss.

I go running a few times, do a lot of walking and thinking. I put my drone up a couple of times and grab the sunset. I have a 99 flake ice-cream cone (google it). One notably ‘youthful’ appearance in the town is an art gallery in the old Bexhill De La Warr Pavilion, with a surprisingly sharp collection of pieces. One small exhibition that jumped out at me is ‘My Back To Nature’ by George Shaw

Apart from the gallery. Lots of walking and eating and down time and thinking. I manage to purchase the same pair of headphones in a local audio shop (at some considerable expense, aided by my mom). It was good to catch up with her. We had perfectly civil conversations, we avoided any kind of confrontation or drama (I am never sure, in retrospect, if that is a good thing, but it’s a very…British thing…to do) and I think we both re-set our heads to the present-day versions of each other. I caught up with sleep, generally recharged my batteries and had amazing weather for the duration of my time there.

On the final afternoon I was fortunate to catch up with the first of a small line of friends during my time in the UK, and we sent a great few hours catching up on each others’ narratives. Then all too soon it was over. A walk back in the evening stillness to my temporary home, and gather up my things in what was now becoming a familiar routine. An early morning start the next day would take me away from my mothers’ quiet seaside resort all-too-soon and lead me to the start of my mini-tour of some of the UK to see other friends before the end of the vacation. 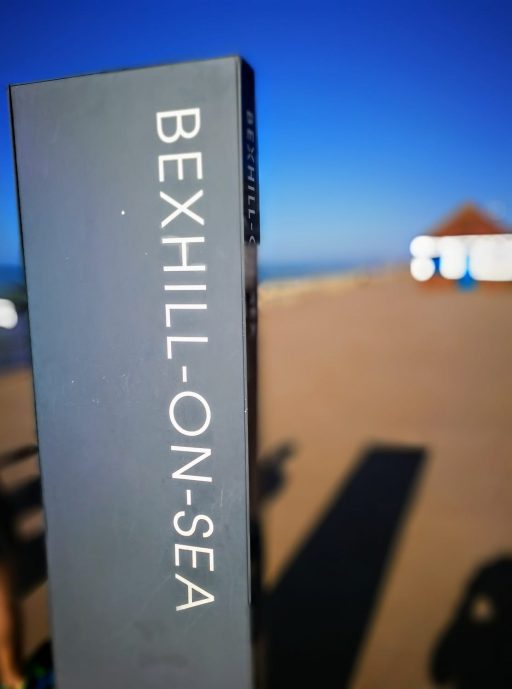 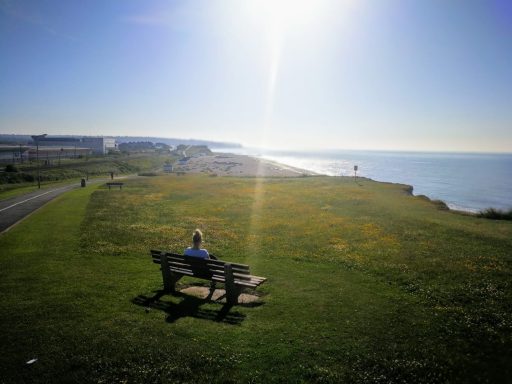 Bexhill. This pretty much sums the place up. 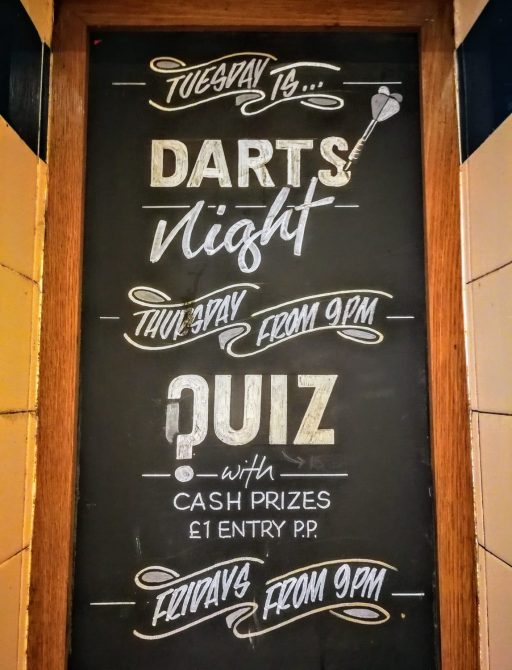 Pub Blackboards. There should be a category of art these day just for them. 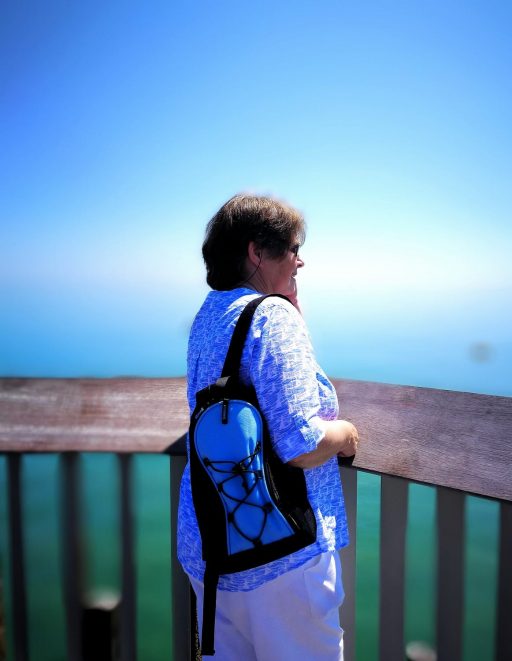 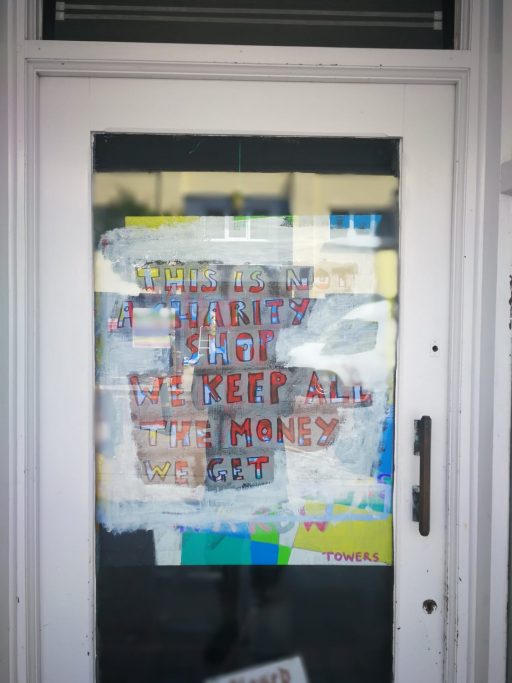 I find it funny they needed a sign to make this clear. 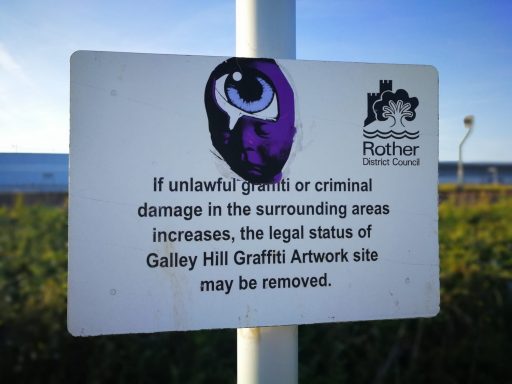 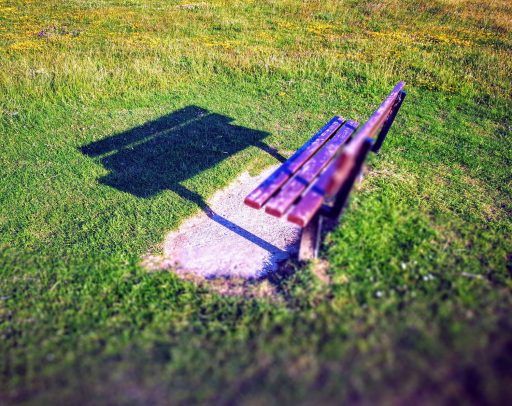 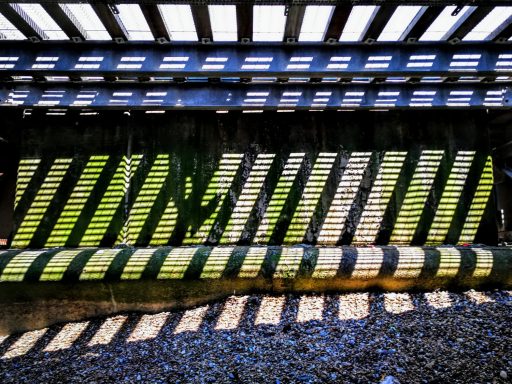 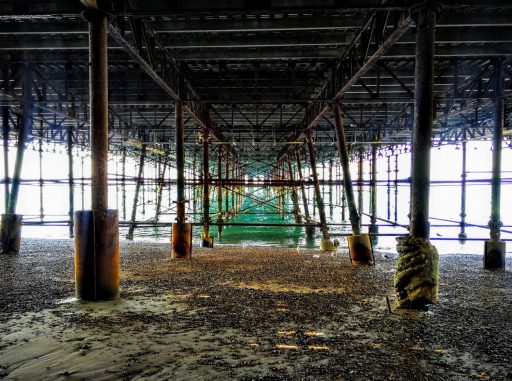 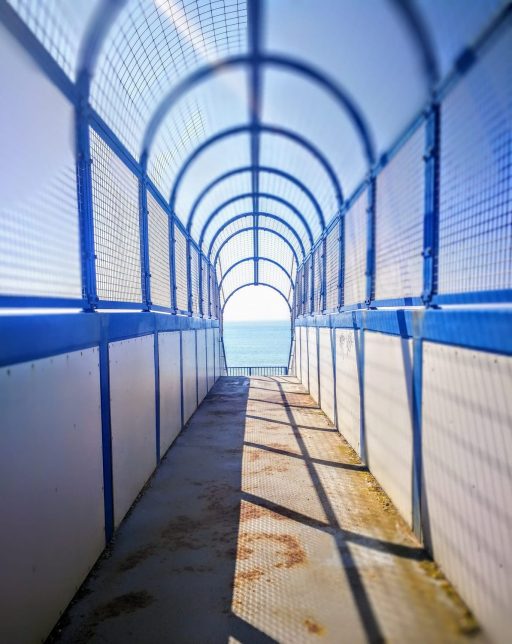 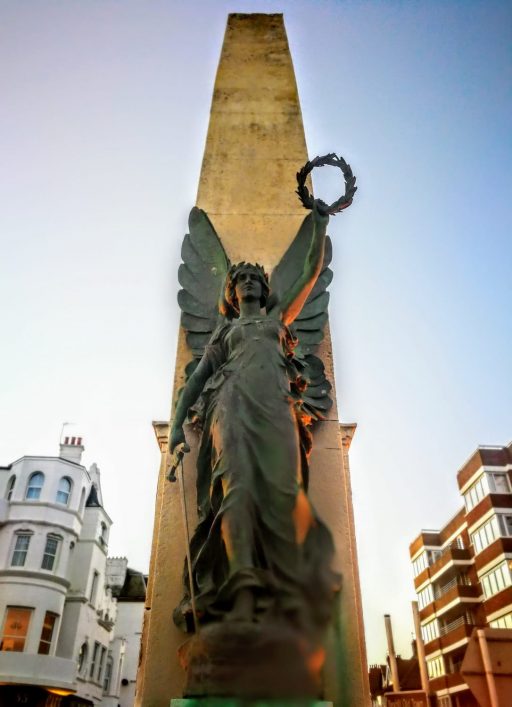 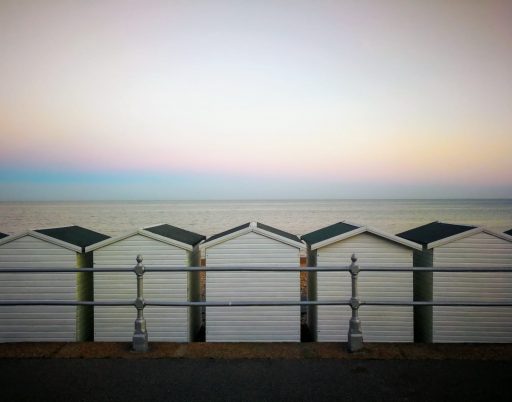 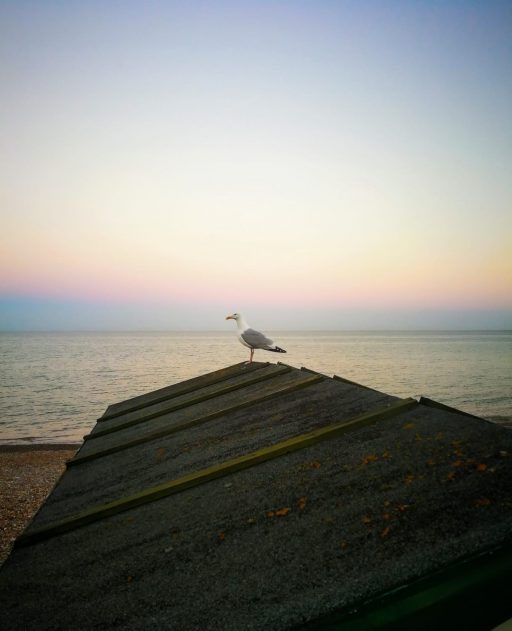 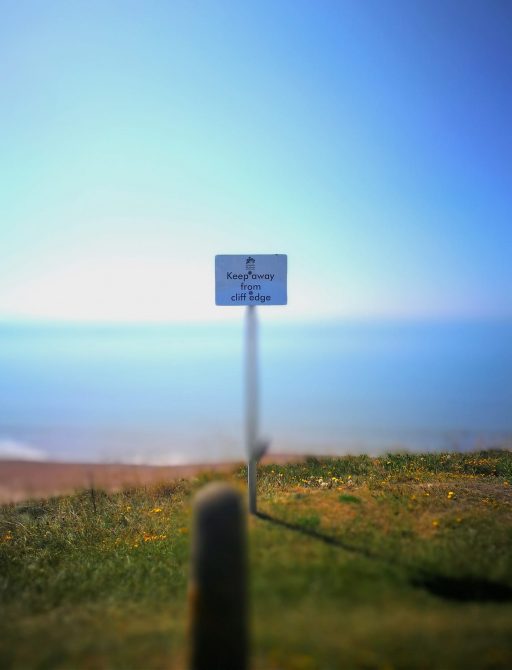 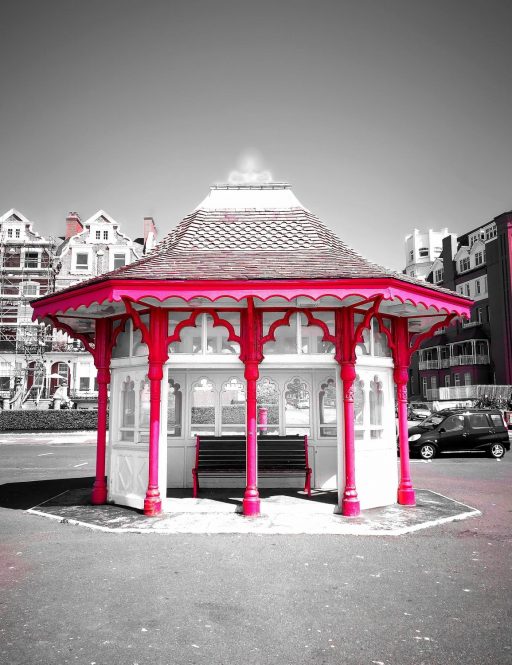 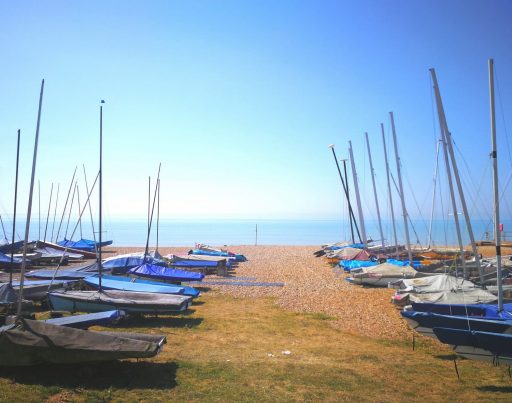 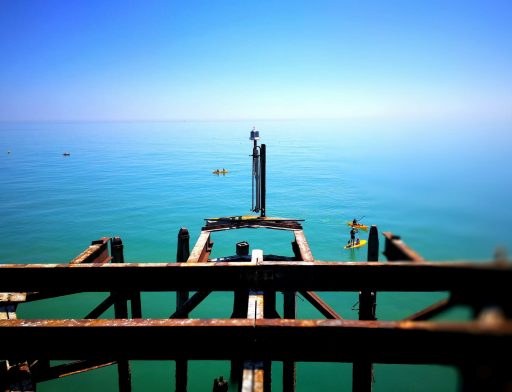 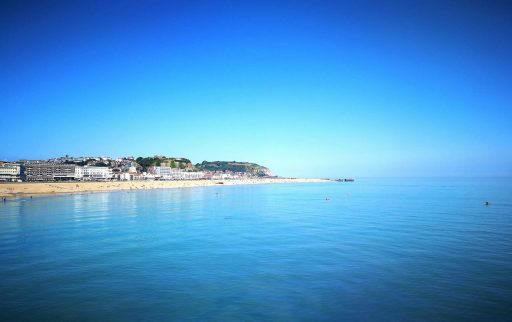 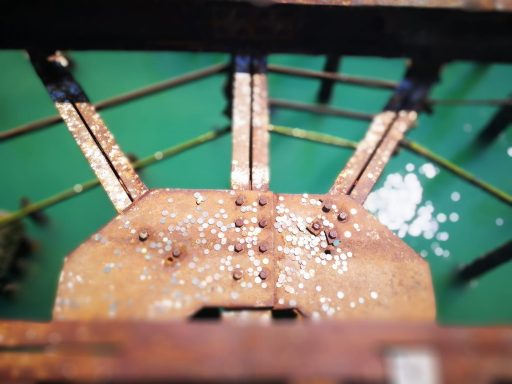 Is it lucky to throw coins on to the old foundations of a pier? It's a new tradition to me if so. 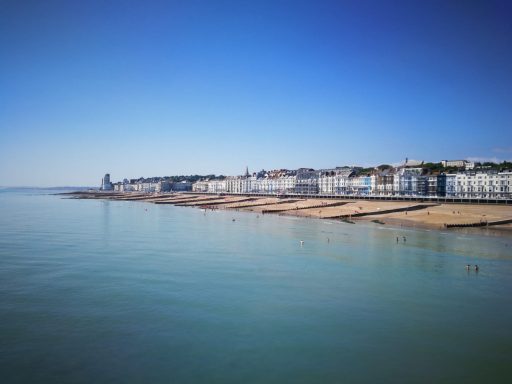 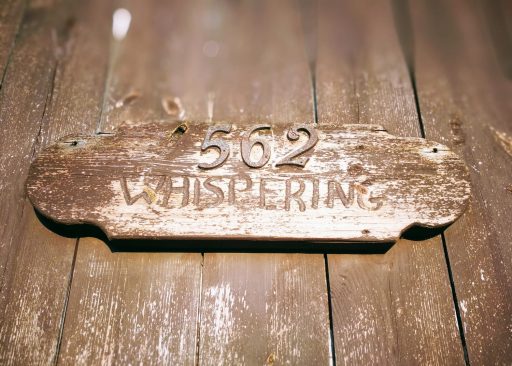 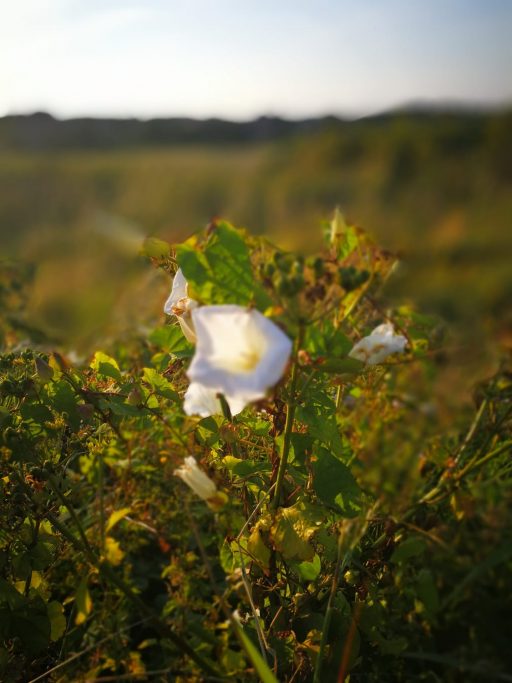 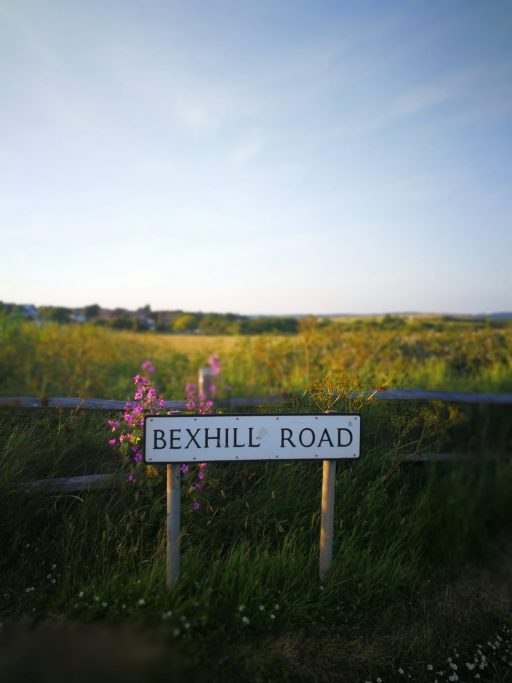 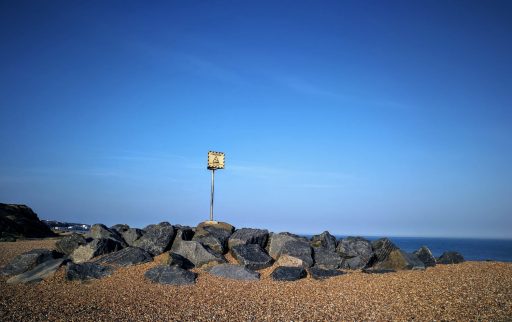 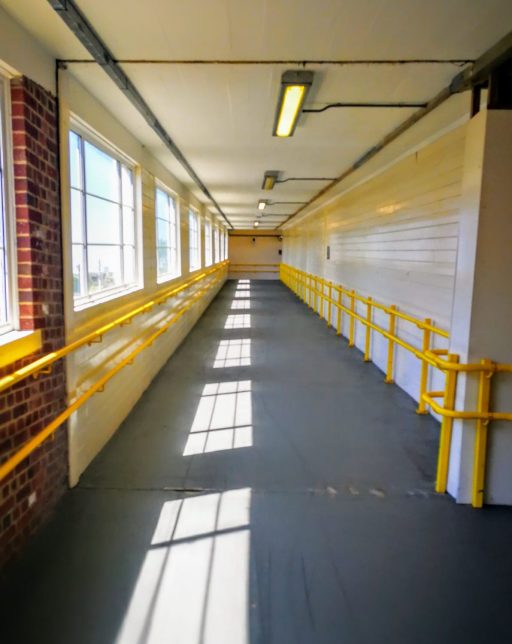 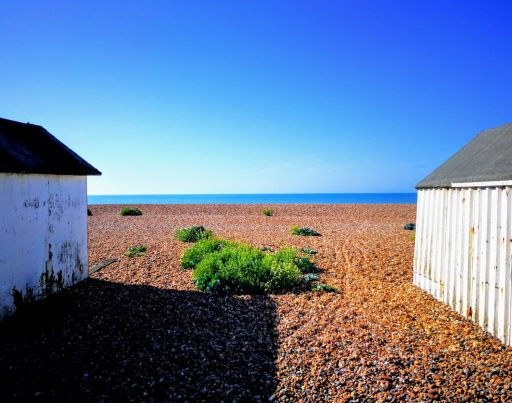 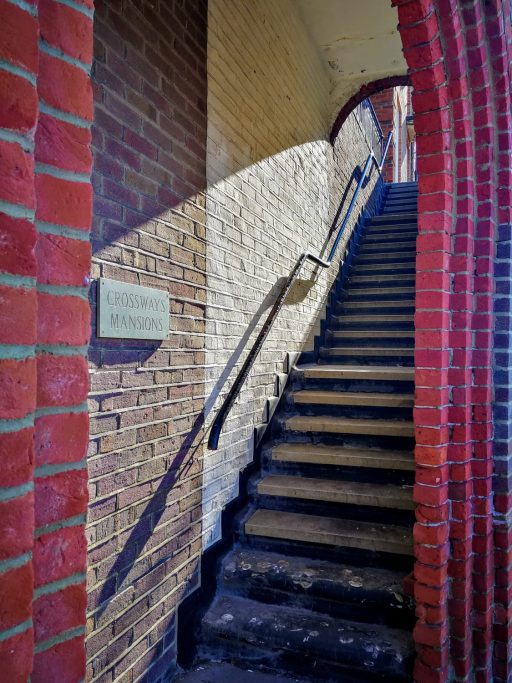 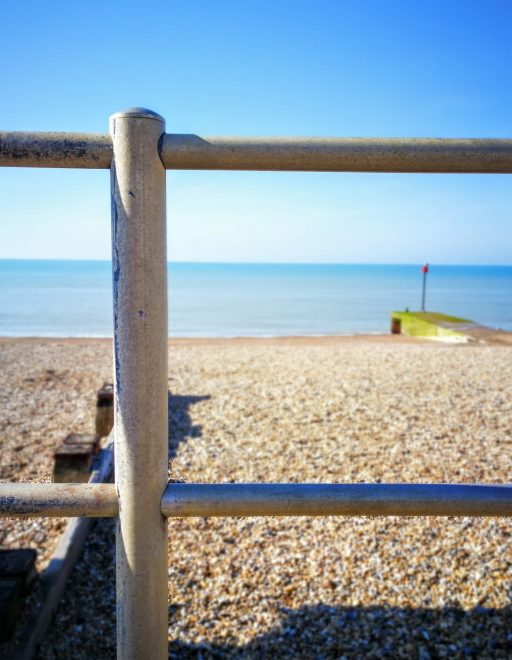 The Pavillion. Leftovers from a different England of days past.