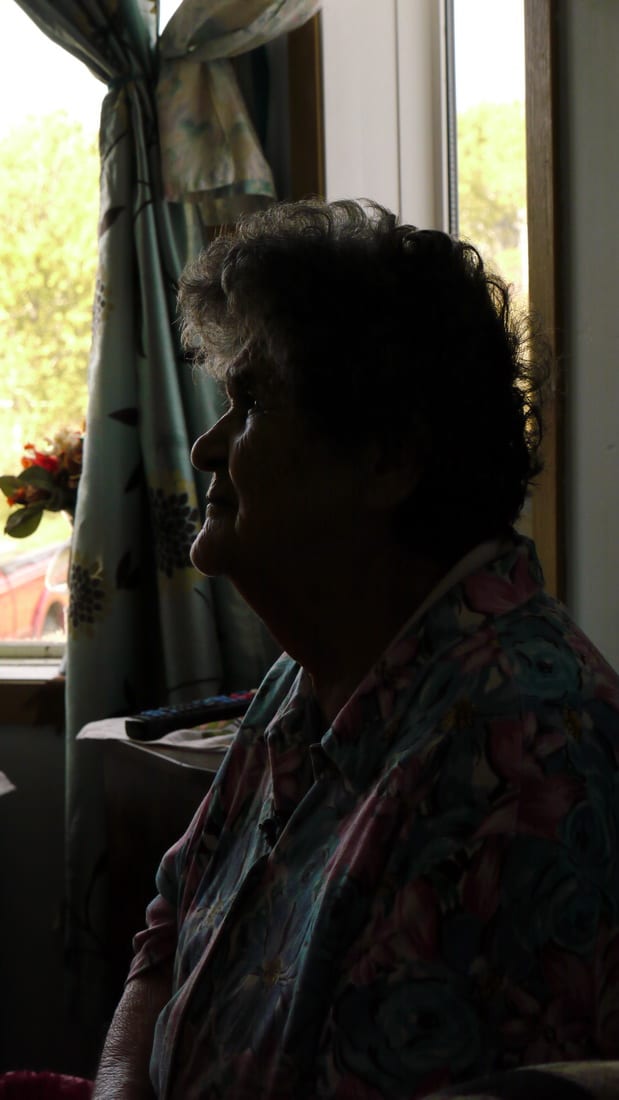 Difficult day. A little demoralizing. 6 millions things to do, and none of them quite working out.

Back to Regina for another days shooting our First Nations Veteran, Howard Anderson. This time we were being filmed as we filmed the guy, but another woman working for a local cable company, who wanted to interview Musa about what we were doing, so the apartment was awash with cables, people and gadgets. The sound didnt record properly the first hour of shooting, the camera froze twice and lost about 20 mins of footage. My head is in about 5 different places at once when filming, checking the batteries, the footage for 2 cameras, making sure the levels are ok. Its not easy.

Then we moved on to a local landmark location, the First Nations University, which has a giant glass teepee as the frame at the front of the building, and inside the base of that teepee, a meeting area for the local cheifs. No filming allowed inside there, but when Howard turns up, they make exceptions to the rule and allow us inside to film a short segment. Hes a local celeb, it seems.

Changing rapidly from the rig, to the tripod, back and forward, checking the equipment, im a little frazzled at this stage. Howard indicates that he wants to call it a day, Musa wants to continue, I’m all for finishing, but when I say that to him, that dark cloud I see every now and again passes over his head. ‘I tell you when to finish’. I forget, hes the director now.

We are friends who work together, business associates, but now we are living together, so on one level, its learning to share a space with someone, and tolerating their characteristics, their ups and downs, their differences, but then adding the further levels of the general tiredness and travel distances, plus the extreme pressures of the moment of filmmaking. Yet another layer is getting used to each other as filmmakers, with our own styles, and blending those together to form a unified whole.

Musa has a vision, an image, clear as daylight, the film, pristine, perfect, made in his head, and his one goal, vision, task now is to get as close to that goal as possible, or die trying, and his frustration is, why isnt everything and everyone achieving that goal…why doesnt it all work to those levels? He doesnt mean it in a nasty or cruel way, far from it, hes a nice guy, but its a character trait I recognize more and more in all talented, driven, ambitious people. Why doesnt the worldturn more in my direction? Why doesnt everyone else strive as much as me to attain the highest levels of quality at all times?

Back at home, drained, the end of another day, reviewing the footage, and more talks, more adjustments, more critique, chipping away at my self confidence and self worth.

Anyway, today is a new day, new subject to film. Another 2.5 hrs, this time in the oppositte direction from here, we are going to a reservation (I think) to interview a female veteran. Lets see what the day brings.