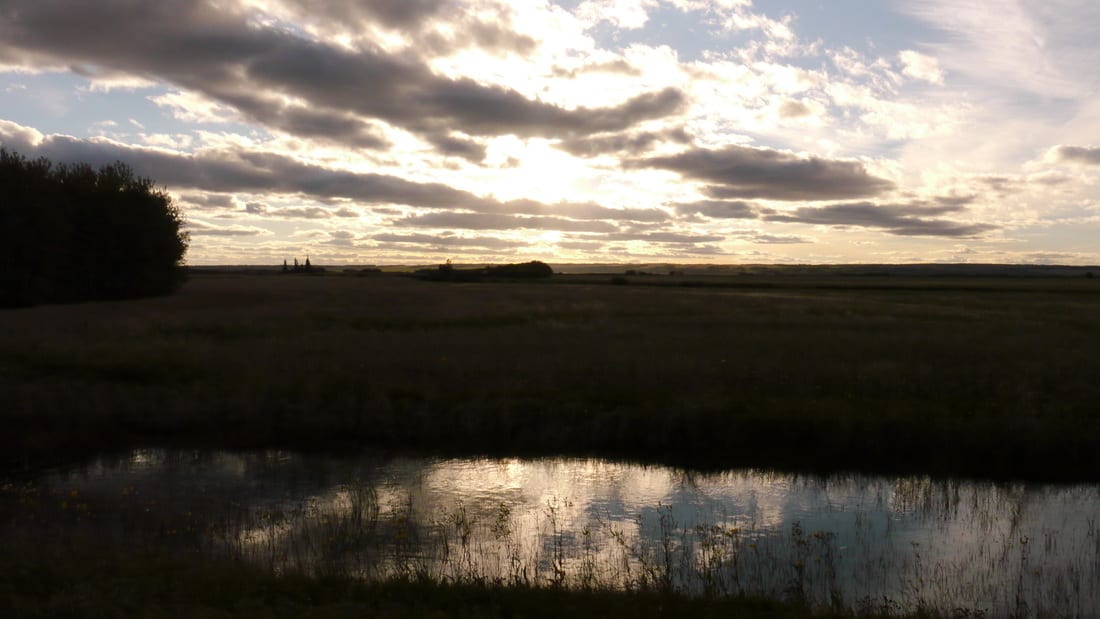 Yesterday was the first day of filming.

3 hours drive from Saskatoon to Regina, the capital city of the province, to meet our first interviewee, Howard Anderson. He is 86 years old, joined the army, like his father before him to fight for his country. He has a photo album with a picture of him as a fresh recruit, when he was 16. Crazy. In modern society, joining the army, taking the responsibility would be forbidden at that age.

His stories are full of warmth and laughter, he has an infectious laugh, but theres an undercurrent of biterness and loss running through the tall tales. He feels abandoned by the country that put him to war, under-appreciated, both as an individual, and as a race; he is a First Nations veteran, a North American Indian.

He sits in his rocking chair, on camera, in his military jacket, covered with medals, and His tribe’s chief headdress, but the clothes seem to hang loose on his frame, as if he is delfated inside. He can only talk for short periods of time before needing oxygen, so he makes for a challenging interview subject. We didnt arrive until 2pm, a million and one things to do on the road on the first day, and a hurried setup meant that we had barely an hour of footage from him.

I could tell my director was dissatisfied, not nessecarily with anything in particular, but with himself. He is his own worst enemy, as he sets himself expectations its very hard to reach. For him, the whole film is made, edited, and complete in his head, now all that remains is for us to make the film that fulfils his vision, which is hard. There was a short but uncomfortable moment where the subject wanted to stop filming, Musa thought he just wanted a break before continuing, you could tell if Musa had his way he would want to go on, but he reluctantly stopped. part of it is a language issue, Musa’s English is still improving, a little spotty, and Howard speaks with a very thick accent, making him a little harder to understand, and part of it is Musa’s drive, ambition, lost in the moment, wanting just one more take, just a little more until we get whats in his head.

We packed our gear and left, and the dark cloud over Musa gradually lifted as we drve back and talked about our experiences. For the first day, it was ok. Arriving back in Saskatoon, finally unloading and checking the footage around 10pm, his spirits rose as we surveyed the footage, he seemed pleasently surprised at the clarity and quality of the shots. On our way back, it rained most of the trip, until around an hour from home, the rain stopped and the sun set through the clouds. We pulled off the highway and hurredly unpacked the gear, attempting to catch the scene. As we did so a police van also pulled off, eyeing us suspiciously, as we struck a hesitant conversation with him, it turns out he was just an amused curious bystander, a nice guy. Musa loved this moment the most when looking through the takes, which is ironic. Not the subject, the house, the questions, the answers, but a small silent moment of a golden sunset in the middle of nowhere. That helps me know a little more about him and what hes looking for in the upcoming days.