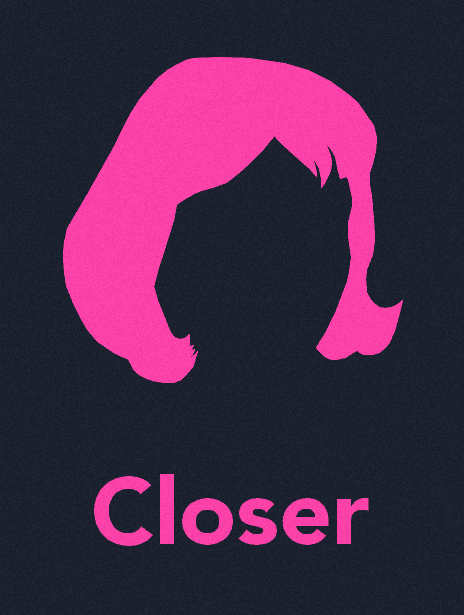 On the first day of a new year I find myself watching a movie from a dead director.

It began as a play, in 1999, one of the stage performers being Maggie Gylenhaal, playing Alice. The same playwright, Partick Marber, then went on to adapt the play to a screenplay, and the film was directed by Mike Nichols, who in 2014, died aged 83.

The film is ‘Closer’…following the lives, primarily, almost exclusively, of four people, two females, two males, as their paths cross, intersect over the years. They attract and reject each other, meet, betray, lie, cheat, love, and hurt. As we all do.

There are differences in the play (Spoilers ahead if you haven’t seen the movie…stop reading this and go see the movie…now…quick…drop what you’re doing, go see it…go on…i’ll wait…) and the movie. Alice in the play dies at the end, hit by a cab in NYC, and she is also a Brit, as are all the others….in the film, she lives, and shes an American, played by Natalie Portman. (Trivia fans, some people say that the last shot of the film, showing the red traffic light, is a nod to the play showing the characters’ eventual demise).

I love the film. Seen it multiple times. It picks me up and knocks me over, destroys me, makes me hope, makes me despair, in equal measures. I think the film is divisive, it seems your opinion of the film mirrors your general attitude towards relationships, or at least thats a part of it.  On the negative side, the characters are shallow, narcissistic, self-centered, with an innate ability to throw the best things they have down the drain. Love is seen as a ‘survival of the fittest’ scenario, a conquest, with little or not sympathy for the weak, the easily bruised.

It is a particularly ‘modern’ film…in the way it deals with peoples’ attitudes towards casual intimacy, connecting via the internet, the interchangeable states of peoples’ emotional lives…or perhaps it has always been this way, just in different time and technology related ways? It’s hard to say, but it feels recent, in the way people value each other (or de-value each other).

Roger Ebert, in his 4-star review of the movie, states ‘Is there anything more pathetic than a lover who realizes he (or she) really is in love, after all the trust has been lost, all the bridges burnt and all the reconciliations used up?’

Arguably, the ‘villan’ of the piece (although this is like discerning between 4 shades of grey at midnight) is ‘Larry’ played by Clive Owen. He seems to be the most manipulative, and the quote above most effectively sums up his character arc. The scene below summarizes this in his moment of realization.

He has come to realize he has loved, and lost a woman. He is at his lowest point, and Alice at her strongest.

The film kills me on each new viewing. Four intelligent, attractive characters who love and lose so deeply, their words cut oh-so-very-deep, even in the most casual passing conversations. Nobody is innocent, nobody gets away unscathed. It ignites the pessimist inside me.

In my relationships, I question my love, my feelings towards my partner. I have lied. I have cheated. I have deceived. I have had those things done to me also. We cling on to these sparks of warmth by our fingernails. We hope beyond hope, beyond reason, beyond expectations for signs of love in situations where there are none.

I love…have loved people who don’t love me back…and every single day it hurts. I find myself rejected over and over by people I don’t even have a right to love, by my very act of this emotion I betray the connections they have with their own loved ones, and yet….and yet…there it is. Love. That word. That emotional state. The potential. It’s inescapable. We are capable of wonderful and terrible things in it’s pursuit. I am not half as attractive, as affluent, as intelligent as the people in the movie, and yet I can love and destroy people just as effectively.

Is there a happily ever after?

Previous Remembering
Next Week One